UN carbon market fights for its future at Lima talks

Clean Development Mechanism is “in crisis” after EU decision, says chair Hugh Sealy, but can be salvaged 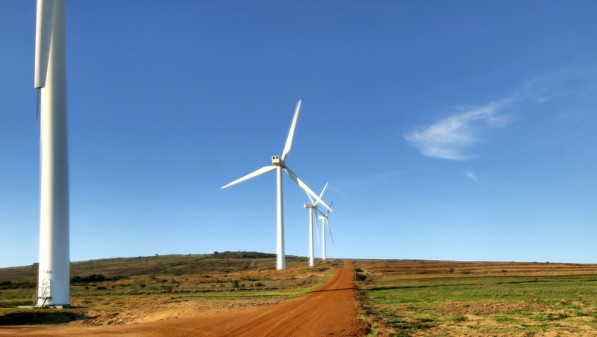 The CDM was set up to channel finance to developing countries for cutting emissions
(Pic: Flickr/warrenski)

Carbon markets are a cost-effective way to tackle climate change, say proponents, and should be supported by a deal next year in Paris.

It is a hot topic in Lima, where negotiations are under way to produce a draft agreement.

But the UN’s flagship carbon market project, the Clean Development Mechanism, has crashed due to lack of demand.

“We are in crisis,” Hugh Sealy, chair of the CDM board, tells journalists bluntly – and he blames technocrats in Brussels.

He is speaking in a personal capacity, in a desperate bid to salvage a future for the CDM.

In the era of the Kyoto Protocol, things were simple: only rich countries had to cut their greenhouse gas emissions.

The CDM was set up to allow them to offset some of their targets by funding projects in poorer countries.

Some 7,800 projects in developing countries are registered to issue offsets under the CDM. They invest in solar panels or energy efficiency and guarantee the buyer a certain volume of emissions cuts compared to business as usual.

This has allowed rich countries to save an estimated US$3.6 billion in compliance costs, while supporting sustainable development.

But the price for saving or avoiding a tonne of carbon dioxide emissions has collapsed from a healthy peak of €10-12 to just €0.30.

When he first joined the CDM in 2008, Sealy says, the challenge was to scale up. “We were being told we were not generating projects fast enough.”

Activity peaked in 2012, when they registered 3,000 projects – as many as the previous five years put together.

Now, the problem is the reverse: not enough demand to sustain the projects already registered. “We are haemorrhaging capacity.”

The CDM is losing staff, too, with budget cuts of 14-15% in each of the past two years. Sealy hopes it has slimmed down enough to limp on to 2020.

He blames the European Commission. The European Union had come to be the only buyer in the market, with other developed countries uninterested or doing their own thing.

In 2009, the Commission tightened the regulations on the use of offsets, prioritising projects in the 48 least developed countries (LDCs). That left emerging economies like Brazil and China with nowhere to go.

“Somebody in Brussels made a dumb decision,” says Sealy.

The CDM was set up to be “market-blind” – it cannot restrict supply to push the price up.

Its answer is “voluntary cancellation”: anyone will be able to buy credits and cancel them, reducing the surplus in the market.

This approach was used to offset emissions from the 2014 World Cup, but Sealy admits he has no idea whether there will be wider demand.

If the parties can agree in Lima to beef up ambition pre-2020, that could also stimulate demand.

In the longer term, there is talk of building a new market architecture under the Paris deal, but this is controversial.

Certain countries, mainly in Latin America, are fiercely opposed to any mention of markets. They want governments to take responsibility for action within national borders.

That attitude was expressed by Bolivian activist Lui Zapana in an emotional intervention at an otherwise technocratic side event on Tuesday.

With tears in her eyes and speaking through a volunteer interpreter from the audience, she said it would be “a crime” to include carbon markets in a Paris deal.

“For a company, it is good business. But for vulnerable people and communities, that sell their lands for food and money, it is not a good business…

“You cannot own nature, so it does not make sense to put a price on nature.”

The panel members looked on solemnly. They had been discussing how, not whether, to include markets in a global deal.

Hanna-Mari Ahonen, a member of the Swedish delegation speaking in a personal capacity, agreed.

Markets mobilise the private sector to identify opportunities to cut emissions that have not been covered by public policy, she said.

Even if countries can agree to include markets in a Paris deal, their exact role is up for grabs.

The dynamics of climate talks have shifted, with all countries – not just the rich – expected to contribute.

The UN is backing a new route to channel finance from rich to poor countries: the Green Climate Fund. In this context, the CDM has lost its niche.

IETA says a Paris deal should enable the linking up of various regional and national carbon markets.

The CDM secretariat, with its expertise in results-based finance, could be a part of that, Sealy suggests.

If all this fails, he says, “the CDM will be consigned to a boutique mechanism for LDCs.”

The fate of the CDM will affect the credibility of any new market, says Sealy. “Even if we started a new market mechanism, would I want to invest if by a stroke of a pen, I would kill that market?”