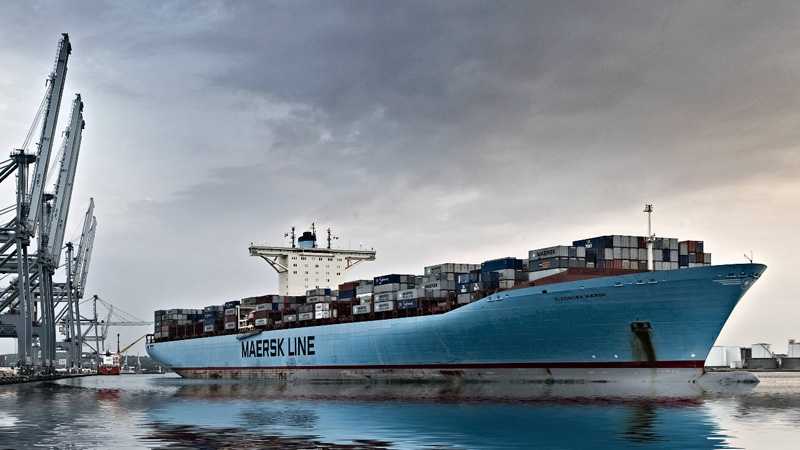 The Eleonora Maersk is one of the biggest container ships ever built, burning 3,600 US gallons of oil an hour (Pic: Maersk/Flickr)

Levels of traffic on the high seas have soared by 400% in the past two decades, driving up levels of ocean and air pollution from shipping.

This is placing huge stress on marine ecosystems and contributing to a sharp spike in maritime greenhouse gas emissions, say researchers.

Other causes of pollution include the release of wastewater and contaminated water in ballast tanks, toxic anti-fouling paint and accidents resulting in spillages.

Data published in the Geophysical Research Letters journal suggests the Sri Lanka-Sumatra-China shipping lane has been worst affected, with a 50% increase in nitrogen dioxide emissions.

Jean Tournadre from the French Institute for the Exploitation of the Sea in Plouzane, who led the study, said few corners of the oceans were now being left untouched.

“I found it quite worrisome that the ship traffic grew so much, even in very remote regions of the world,” he said.

One exception was Somalia, where concerns over pirates have led to ships taking huge detours to avoid that part of the East African Coast.

The study based its calculations on satellite data detecting the location of ships at sea. 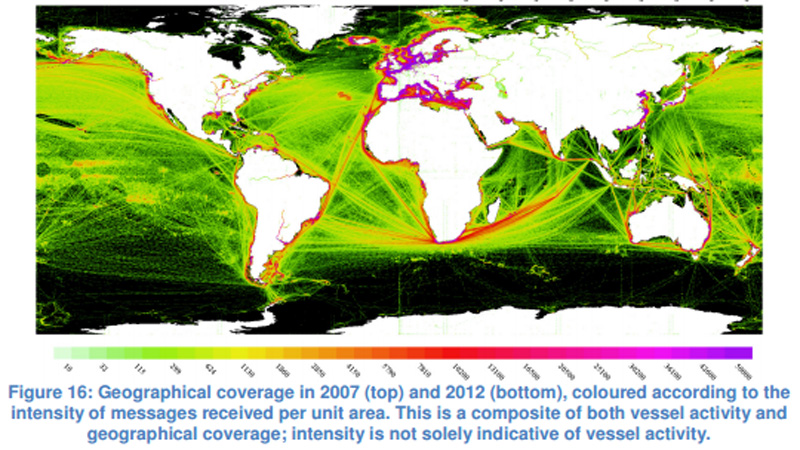 The authors admit they may have overestimated the rate of shipping growth because ships are now easier to locate.

Figures from the UN’s International Maritime Organisation (IMO) indicated that between 2007 and 2012 shipping’s share of global GHG emissions fell from 3.2% to 2.5% due to the economic crisis.

But a report it published in July 2014 says that between now and 2050 these are expected to rise sharply to between 50-250% in the absence of any global agreement to curb carbon pollution.

According to the IMO, oil tankers, container ships and bulk carriers are the three most significant sources of CO2 emissions.

A large container ship can burn 350 tonnes of fuel a day, despite new “slow steaming” practices, where ships move more slowly, that have seen a 27% drop in daily fuel consumption.

According to a 2013 study into global shipping by consultants PwC, in 2012 only 22% of leading companies reported on their CO2 emissions, while 27% completed a sustainability report.

“We do not see improvements in the reporting by shipping companies about this subject,” PwC said.