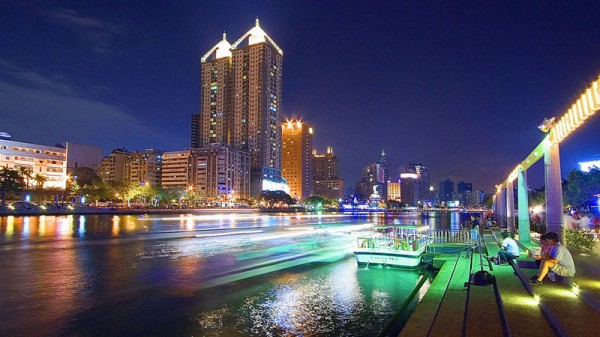 Taiwan’s 2025 carbon reduction goal puts it a step ahead of China in the climate negotiations (Pic: Alex Lin/Flickr)

By Megan Darby in Taipei

Taiwan is responsible for about 1% of the world’s greenhouse gas emissions, similar to Poland or France.

The island state is vulnerable to typhoons that are set to get more intense with climate change. As the world’s second largest producer of solar panels, it is also keen to sell low carbon technology.

But it has no seat at the UN climate talks. Despite being effectively independent for the past six decades, Taiwan is still viewed as part of China.

As the world works towards a climate deal in Paris 2015, Taiwan is pitching for observer status at the UN Framework Convention on Climate Change (UNFCCC).

Yeh Shin-Cheng, deputy minister at the Environmental Protection Administration, told journalists in Taipei: “Responding to climate change is one of the most urgent environmental issues.

“Taiwan is willing to show its commitment to tackling climate change as a member of the global village.”

At next month’s UN climate conference in Lima, Yeh will lead a Taiwanese delegation, but registered as a non-governmental organisation.

Asked what was stopping the UNFCCC from recognising Taiwan, he blamed “international politics”.

While Yeh was too diplomatic to say so, that meant mainland China. The authorities in Beijing insist on a “one China” policy. They expect ultimately to reunite with Taiwan and resist any moves by the island to assert its independence.

Following the 2003 SARS outbreak, Taiwan successfully argued for observer status to the World Health Assembly, but it is not a member of any UN body.

While China garnered praise last week for agreeing to peak its emissions around 2030, Taiwan already had an emissions reduction goal.

In a policy framework dated 2008, the administration set out aims to return carbon dioxide emissions to 2000 levels by 2025 – the first such goal by a developing country.

Yeh said China’s goal, agreed in a pact with the US, was a “breakthrough”, although he added: “We don’t just expect political results, we want some real reductions of greenhouse gas emissions.”

And Taiwan, which exports solar panels to the mainland, sees an economic opportunity in delivering those reductions.

“We are willing to abide by the UNFCCC and share our technology and experience with other nations,” said Yeh.