Diocese of Oxford demands divestment, and promises to review its own investments in fossil fuels 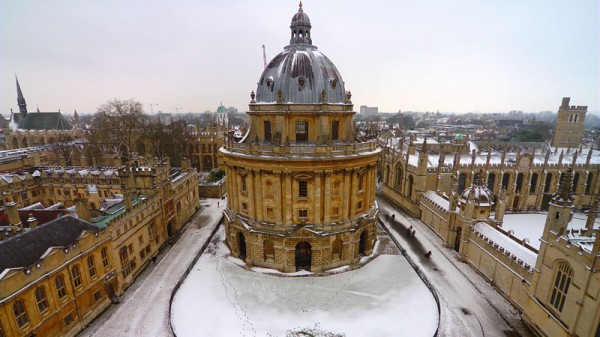 Oxford has become the first diocese to demand the Church of England divest from fossil fuels.

On Saturday the diocese, comprising 2,200 square miles and 815 churches surrounding the city, also said it would review its own investments in oil, gas ans coal.

Oxford’s move is the latest in a series of decisions by academic institutions and churches to withdraw funding from high-carbon sources of energy.

The Reverend Darrell Hannah, who moved the motion, said he was “overjoyed” by the vote.

“Oxford Diocese, true to its history, is challenging the Church of England as a whole to take seriously the threat of climate change and what we as Christians do about it,” he said.

The vote, with 52 in favour, 37 against and seven abstentions, means that the Oxford diocese will also review its own financial policy with a view to divesting, he added.

“It was made clear in the debate by the diocesan officers that the Diocese of Oxford could not call on the Church of England to disinvest and not do the same itself,” he said.

“The Diocese will thus in the coming weeks and months begin the process of deciding how best to do this.”

Pressure has been building on the Church of England to withdraw its £60 million investments in the fossil fuel industry.

In July the World Council of Churches, a global coalition of 345 churches including the Church of England, passed a motion urging its members to consider divestment.

In February, the Church of England said it would take stronger steps to cut carbon pollution and consider divesting from high emissions companies.

Divestment is recognised as an effective way to remove the social legitimacy of fossil fuel companies – although each individual decision pales into insignificance alongside the trillions of dollars in the industry’s coffers.

Religious institutions have led the movement, with the Church of Sweden, the British Quakers, the Presbyterian Church in New Zealand and the United Church of Christ in the US among those which have made pledges to divest.

Several universities – and most notably the Rockefeller Brothers Fund – have also made commitments to divest.

“Following recent commitments from the Rockefeller Brothers Fund, a national pension fund in Sweden, and the University of Glasgow, the decision today increases the pressure on the Church of England – which still has over £60 million invested in fossil fuel companies – to disinvest,” said Mark Letcher, vice-chair of Christian climate charity Operation Noah.