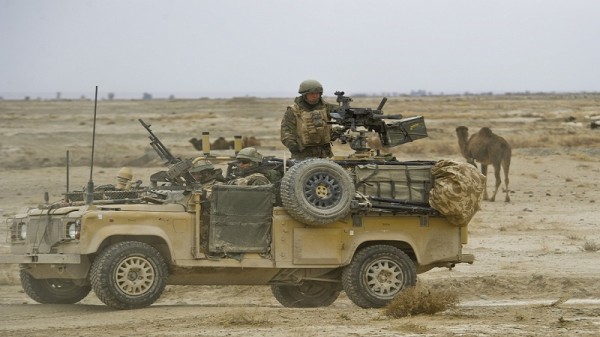 “There is no security solution to climate change. We could probably secure a 2C world. I think it is most unlikely we could secure a 4C world.”

Climate change will increase pressure on armed forces to offer disaster relief, help prevent conflict and ultimately enter combat, he warned at an event in the UK parliament.

Morisetti, a former naval commander and UK climate and energy security envoy, was on a panel convened by the Energy and Climate Intelligence Unit to discuss the implications of the UN’s latest climate science report.

The culmination of six years of work, that report by the Intergovernmental Panel on Climate Change concluded it was still possible to limit global temperature rise to 2C. But on present trends, the world is heading for 2.6-4.8C by 2100.

The IPCC also spelled out the dangers if governments fail to curb the greenhouse gas emissions that cause climate change.

These included a heightened risk of violent conflict, driven by an unpredictable mix of extreme weather, food insecurity and migration.

“The report is telling us that we know enough that we need to act now to manage the risks,” said Morisetti.

“This is as much about blood and treasure as it is about the environment.”

He admitted it was hard to predict exactly threats will surface as temperatures rise, but argued that uncertainty was no reason not to act.

“If I told you there was a 10% chance of a bomb in this room, you would expect to do something about it,” he said.

“From my perspective, within the portfolio that I have responsibility for – security of this country – climate change presents security issues for us,” the Huffington Post quoted Hagel as saying. “This is critically important that we pay attention to this.”

Last month, the US Department of Defense set out how it planned to adapt to the warming world, describing climate change as a “threat multiplier”.

“A changing climate will have real impacts on our military and the way it executes its missions,” Hagel wrote in the report‘s foreword.

“Politics or ideology must not get in the way of sound planning.”