A Chinese city of 9 million people is getting in on emissions trading, despite being left out of an official pilot programme 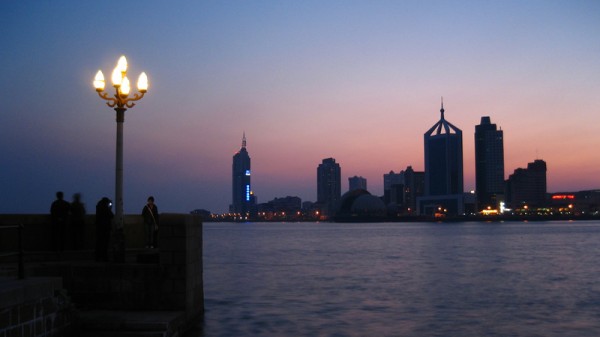 Qingdao has an economy the size of Bangladesh
(Pic: Flickr/Vernon Fowler)

A Chinese city of 9 million people is seeking to introduce a carbon market, which would be the eighth in the country.

Qingdao missed out on China’s official pilot programme, under which seven cities and regions are developing emissions trading schemes.

The industrialised port city, which hosted sailing events at the 2008 Olympic Games, has approved plans to prepare its own scheme, unprompted by Beijing.

It is part of a strategy to halve the carbon intensity of Qingdao’s economy between 2005 and 2020.

A source in Qingdao told RTCC the local authority hopes the early start will make it easier to integrate in a national scheme later on.

The Chinese government is expected to announce a national emissions trading scheme (ETS) as part of its next 5-year plan, starting 2016.

Seven regions have launched official trials that will help inform the design of a national scheme: Beijing, Shanghai, Guangdong, Shenzhen, Tianjin and Hubei. Chonqing was the last to come online in June.

Each scheme caps carbon dioxide emissions for heavy industries in the region. Businesses can trade emissions allowances, giving them an incentive to pollute less.

According to Tang Jie, Vice Mayor of Shenzhen, the pilots now cover 33% of China’s greenhouse gas emissions, and 27% of GDP.

Data released last month shows China’s per capita emissions are now more than the EU. The country produced 29% of the 36 billion tonnes of carbon from human sources in 2013.

The International Emissions Trading Association (IETA), is working with authorities and businesses in China to get them ready for the market.

Jeff Swartz, international policy director IETA, explained: “Each of the seven carbon markets in China to date are designed at the local level, but they work in concert with government officials in Beijing to ensure there are similarities in design and practice.”

The development of carbon trading in China comes as the EU prepares to reform its ETS.

Think-tank Sandbag this week revealed that major polluters are hoarding millions of surplus permits, leaving no impetus to cut emissions.

It called for the EU ETS to be fixed in the next the next 12 months or scrapped altogether.

China is “very keen” to learn from the EU and avoid over-allocation of allowances, said Swartz.