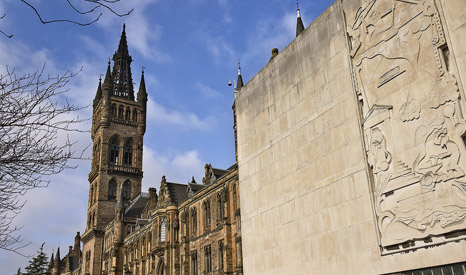 Glasgow University plans to ditch fossil fuel investments in its £128m endowment, becoming the first academic institution in Europe to do so.

In the first of what campaigners hope will be a series of leading universities joining the divestment movement, Glasgow said it would start selling off its £18 million oil, gas and coal holdings.

A vote in the university court on Wednesday afternoon confirmed the move, which had been on the cards since June.

David Newall, secretary of the university of Glasgow Court said the governing body recognised the devastating impacts climate change could have on the planet.

“Over the coming years we will steadily reduce our investment in the fossil fuel extraction industry, while also taking steps to reduce our carbon consumption,” he said.

Delighted to announce that today we became the first UK uni to commit to fully disinvesting from fossil fuel industry! #UofGworldchangers

Sophie Baumert of Glasgow University Climate Action Society, which mobilised over 1,000 students in support of divestment, said she was delighted at the leadership and commitment of the university.

“This is huge step for the Fossil Free campaign in the UK and we hope that our university will serve as a role model for other universities,” she said.

According to campaign group 350, which has led the divestment campaign in the US, more academic institutions in Australia, New Zealand, South Africa, the Netherlands, Germany, Sweden and Norway are considering the move.

It said UK universities invested an estimated £5.2 billion in the fossil fuel industry annually, the equivalent of £2,083 per student.

The divestment movement has become one of this year’s success stories for climate campaigners.

Last month in New York around 800 philanthropists worth US$50 billion, including the Rockefeller brothers, promised to ditch their fossil fuel holdings.