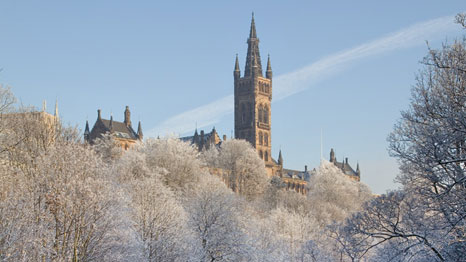 Glasgow could become the first UK university to ditch its fossil fuel investments.

The panel, which includes Telegraph Media Group chief Murdoch MacLennan, said that the Scottish university should freeze new investments in fossil fuels, wind down existing holdings over ten years and reinvest in green industries where possible.

Miriam Wilson, a divestment campaigner at the University of Glasgow said that the move was a “major step”, and that it would be unusual for a working group’s recommendation to be rejected when it came before the court.

“I feel pretty confident that with some more lobbying and momentum building in the new semester that we’ll be the first university in the UK to divest,” she said.

She put the success of the intensive, 10-month campaign down to groundwork already put in place by other divestment campaigns, coordinated by the US-based environmental group 350.

The University Court, an administrative body technically chaired by university rector and NSA whistleblower Edward Snowden, is set to make a final decision in October on whether the university should divest at least £19 million of assets invested in the fossil fuel industry.

The verdict has so far been delayed because of concerns that fossil fuel divestment could diminish returns on the university’s investments and impact sponsorship from the industry.

The divestment movement has taken off across the US, with a number of colleges, institutions and cities making pledges to divert funding away from fossil fuels. American universities with commitments in place include Stanford and Dayton.

Last week the British Medical Association voted to end its investments in fossil fuels, calling on administrators to transfer those funds to clean energy companies.

Campaigners hope that commitments will not only starve the fossil fuel industry of money, but will also stigmatise the push to find and burn oil, gas and coal.

Students at over 35 universities across the UK, including Oxford, Cambridge and LSE, are pushing for their institutions to adopt a divestment policy.