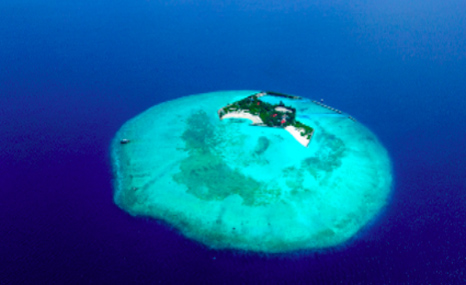 Four years ago ministers from nearly 200 countries signed a deal in Japan to safeguard around 10% of marine areas, restricting fishing rights and targeting marine pollution levels.

Progress has been slow, with just over 2% of the world’s oceans and coastal waters currently protected, according to the Marine Conservation Institute.

The Global Biodiversity Outlook 4, a UN progress report released on the first day of an international biodiversity summit in Pyeongchang, South Korea, calls for “additional efforts” to safeguard what it terms “diverse ecologies” from global warming.

“Today’s protected areas will not be adequate to conserve many species whose distributions will shift in the future due to climate change,” it reads.

Open ocean and deep sea areas, including the high seas are “much less covered” it says, in contrast to coastal areas.

Warming waters are already leading some species of fish to migrate to cooler areas, while ocean acidification, caused by carbon dioxide dissolving in water, is killing off coral reefs.

The report says that concerted efforts to curb greenhouse gas emissions and control overfishing and sewage leakage could allow some reefs to regenerate by the end of the century.

In a statement UN secretary general Ban Ki-moon called on member states to adopt the report’s conclusions, and “recognize that biodiversity contributes to solving the sustainable development challenges we face.”

Achim Steiner, head of the United Nations Environment Programme said countries would feel the economic consequences if they failed to act.

“Without healthy biodiversity, livelihoods, ecosystem services, habitats and food security will be compromised,” he said.

A separate study published in the journal Science also confirmed governments are on course to miss their 2020 biodiversity goals.

Based on 55 sets of indicators scientists said the world was off track to slow the destruction of habitats and valued species.

“On current trajectories, results suggest that despite accelerating policy and management responses to the biodiversity crisis, the impacts of these efforts are unlikely to be reflected in improved trends in the state of biodiversity by 2020,” they said.

Last week WWF said wildlife populations had plummeted 50% in the past 40 years, due to habitat exploitation, climate change and pollution.