Maintaining division between rich and poor nations at UN climate talks is relic of an old world, says Jairam Ramesh 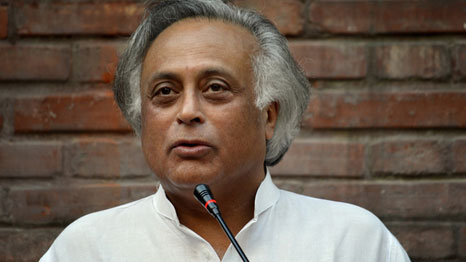 India’s position at the international climate change negotiations is irrelevant and unrealistic, the country’s former environment minister has claimed.

Jairam Ramesh, who still serves as a member of Parliament for India’s opposition party, said that India’s reluctance to take on binding cuts at the UN climate negotiations is morally wrong, and could stall the progress towards a global deal.

“India has taken a moral position on climate change, and that position is we have every right to develop, you guys have polluted and built up the carbon dioxide levels, so you guys clean up and then we’ll do our bit. I think it’s been a wrong position,” he said at Georgetown University in the US on Friday.

The division between developed and emerging economies underlying the UN climate talks is no longer applicable to today’s world, he added, pointing out that India’s proportion of global emissions has risen from 3% to 6% since 1992, while those of the US have dropped from 24% to 15%.

Yet it is a division that the Indian government will fight to maintain when the world attempts to sign a new climate deal in Paris at the end of 2015, in contrast to the US and European view that all nations should be equally bound by any new emissions-cutting rules.

“The paradox is the world has changed from 1992 but the negotiating framework remains ossified in a world of 1992. This is the fundamental paradox of climate change negotiations,” said Ramesh.

1992 is when the UN framework convention on climate change was signed. The division was the basis for the 1997 Kyoto Protocol – the world’s first, and only, binding emissions treaty – which the US refused to ratify, as it did not include targets for India and China.

Ramesh’s takedown of the Indian position is exactly what rich countries hope to draw from the governments in emerging nations, including also China, Brazil and Venezuela, ahead of the UN talks next year.

Such a major concession at a governmental level still looks unlikely at this stage, and Ramesh acknowledged that his opinion was still in the minority – although a US-China meeting last week did see prime minister Narendra Modi step down from his stance on the regulation of short-lived pollutants known as HFCs.

Preserving the rich/poor division could stall attempts to draw up the new deal, which is hailed as the world’s best chance to keep global temperatures at safe levels, warned Ramesh. The US says it will not sign anything that does not bind all countries equally.

“I hope that we do it [show leadership] because if we don’t do it then frankly the international community is not going to be successful at arriving at any understanding,” said Ramesh.

This does not mean that poor and emerging countries will have to take on equivalent cuts to high emitting countries – but it does mean that every nation will have the same legal obligation to meet its side of the deal.

India opposes this on the grounds that it will unfairly hinder development, particularly as rich countries have historically been responsible for the large part of climate change.

But Ramesh says that this hardline stance places India behind its old allies in China, who have taken a “far more pragmatic and nuanced stance” since the Copenhagen conference in 2009.

It also fails to recognise India’s own vulnerability to the impacts of climate change, which he says should prompt the country to take the lead at the negotiations.

Far from blocking negotiations, India should use its position as a latecomer to economic development to ensure that it does not repeat the mistakes of the past, where nations developed by emitting vast quantities of greenhouse gases into the atmosphere.

“Rather than pay that cost of the high growth 40 years from now, we are in the position to make those investments to address those issues today,” he said.

“If you grow now and pay later, you are growing and somebody else is paying. There’s no intergenerational equity here.”