Peru and Djibouti have signed the UN’s treaty to reduce emissions prior to 2020, leaving 127 countries to go 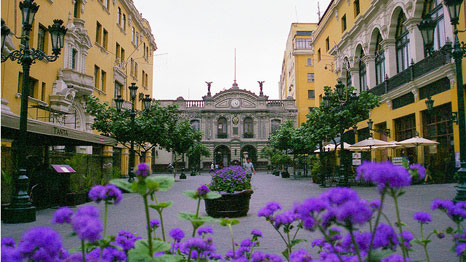 The next UN climate conference will be held in Lima, Peru (Pic: Martin Garcia/Flickr)

Peru and Djibouti have formally agreed to extend the Kyoto Protocol up to 2020.

The Kyoto Protocol aims to reduce emissions prior to 2020, when a new UN agreement is set to come into force. But until an amendment is signed off by at least three quarters of the parties, the protocol only applies to the years 2008-12. In the interim, that leaves the world without an international framework binding them to emissions reductions.

So far only 17 of the 144 countries needed to bring the amendment into force have officially accepted the extension, despite all parties agreeing to do so at the Doha climate talks in 2012. The signatories include China, Norway and Mexico, along with the EU.

The protocol only demands CO2 cuts from developed countries, so Peru and Djibouti are not bound to new targets as a result of their ratification. Their agreement does mean that the revised treaty is one step closer to coming into force.

The UN has urged member states to ratify the amendment as a matter of urgency.

“Governments that committed themselves to honour legally binding limits on their emissions have already taken measures to ensure that they will meet these obligations,” said Christiana Figueres, head of the UN’s climate body.

“For this international legal framework to enter into force, governments need to complete their ratification process as soon as possible. This will provide an important positive political signal of the ambition of nations to step up crucial climate action.”

Observers say that ratification of the treaty will provide some of the political momentum needed in the run up to Paris 2015, when its replacement will be negotiated.