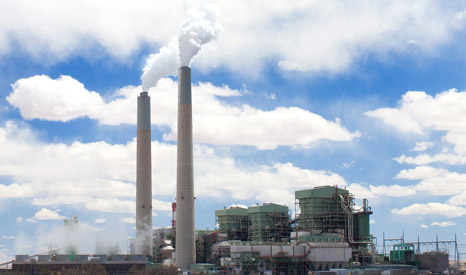 The UN has expressed concern that only a handful of countries have ratified an extension to the Kyoto Protocol, more than 18 months after they agreed to do so.

Kyoto, the world’s only legally binding global emissions treaty, ran out at the end of 2012.

At climate talks in Doha, December 2012, the 144 parties to the treaty agreed to extend the deal to 2020. However, so far only 11 have formally backed the amendment, despite an intervention by UN secretary general Ban Ki-moon in February 2013.

These include China, Norway, Bangladesh and the United Arab Emirates. None of the EU’s 28 member states have ratified the deal.

In a letter dated 20 August, the UN says it intends to call governments who have not officially accepted the new deal and “obtain information on the nature and timing of such steps”.

The agreement to extend the protocol from 2013 to 2020 was aimed at ensuring that countries still face carbon cutting obligations until a new treaty comes into effect.

But until all 144 parties deliver their “instruments of acceptance” to New York, the amendment will not enter into law.

Together with specific emission cuts, signatories are also obliged to phase out fossil fuel subsidies, rehabilitate forests and roll out other low carbon policies.

Kyoto’s overall impact on addressing climate change has been small. The US refused to join and major emerging economies like China and India were not mandated to make any cuts.

According to the UN’s IPCC climate science panel, carbon emissions accelerated in the last decade, growing on average by 1.0 GtCO2 equivalent (2.2%) per year.

In 2011 Canada announced it was pulling out of the agreement, followed a year later by Japan. Australia has also hinted it may abandon the treaty.

EU sources says efforts to get all 28 states to sign up are being held up by Poland, which is still negotiating hard on the region’s 2030 climate targets, and is using Kyoto as leverage.

But while Kyoto may have limited value in terms of slashing global emissions, many developing countries regard it as an important treaty that needs to be respected.

Speaking to RTCC at the end of August, Ecuador’s lead negotiator Daniel Ortega warned the lack of Kyoto ratification was damaging trust between developed and developing countries at UN talks.

And he said talks on a proposed 2015 emissions reduction deal could hinge on whether rich countries were willing to demonstrate their commitment to previous UN treaties.

“I’m seeing a very large gap – not only because the second period of Kyoto has not come into force – but because by 2020 there is no clear pathway towards [financial] resources,” he said.

“We want to be fair with each other. We believe that exchanges between countries should be positive.”