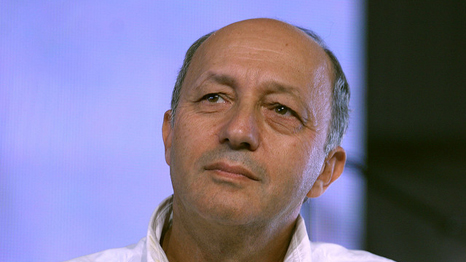 The proposed international climate change deal in 2015 should be built on a universal legal agreement which governs common goal and rules, according to France’s foreign minister.

Laurent Fabius will chair next year’s UN summit in Paris, where a deal is set to be struck between nearly 200 countries on curbing emissions of climate warming gases.

Speaking in New York on the opening day of the city’s 2014 Climate Week, Fabius said a legal goal to avoid warming above 2C and “rules” were essential.

“We have to have a legal agreement, otherwise it will be just words,” said Fabius. He stressed the need for tough monitoring and accounting of emissions under a UN deal.

But outlining a four-part package that would form the basis of the Paris deal, he appeared to indicate national contributions would come outside a treaty’s legal frameworks.

The US and China are known to be hostile to any agreement that would make their pledges legally binding and could limit their economic choices.

Historically, the EU has supported efforts to develop a treaty with legal force, although its negotiators now accept that a treaty which sets national targets like the the Kyoto Protocol will not be agreed in Paris.

Other components to a UN deal include a substantial financial and technology transfer package, he said, allowing poorer countries to access new cleaner energy technologies.

And in what Fabius said was a new development, he said France wanted a fourth “innovative” segment, which would include commitments from business, cities and regional entities, tapping in to the slew of announcements expected today and tomorrow.

Today the heads of IKEA, Mars and Swiss RE presented a new strategy aimed at encouraging multinationals to use 100% renewable energy across their global operations.

Gabi Zedlmayer, chief progress officer at HP, said her business was now aiming to cut emission intensity 40% by 2020 on 2010 levels.

Joking that he was offered condolences when France’s bid to host the 2015 UN climate summit, Fabius said European agreement on its 2030 carbon targets later this year was essential.

Talks are ongoing over a proposed package that could see the EU target carbon cuts of 40% by 2030, together with new efficiency and renewable energy targets.

Fabius said without an emphatic agreement in October – when the 28 member states are scheduled to meet to discuss the plan – the EU’s international standing would be diminished.

“We can have an influence only if we agree,” he said.

“Let’s not fool ourselves. We have a margin for new progress and action. If we want to tackle the problem we have to be positive.”