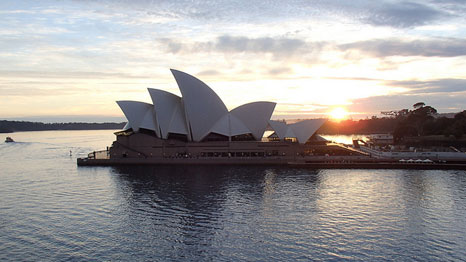 Australia’s iconic coastal cities and sandy beaches could be wiped away by rising sea levels as the planet warms.

This is the warning of a new report by Australia’s Climate Council.

The authors say that over half of the Australian coastline is vulnerable to rising sea levels, and that the risks of coastal flooding roughly treble with just 10cm of sea level rise.

In reality, the situation is likely to be worse – they predict that the sea will rise between 40cm to 100cm by 2100, depending on how successful countries are in cutting the greenhouse gas emissions that are responsible for warming the climate.

“Virtually all of this infrastructure has been designed and built for a stable climate with known ranges of variability. But the climate system is no longer stable,” write the authors, Will Steffen, John Hunter and Lesley Hughes, in the preface to the report.

“Sea level is rising and so are the risks for our coastal infrastructure.” 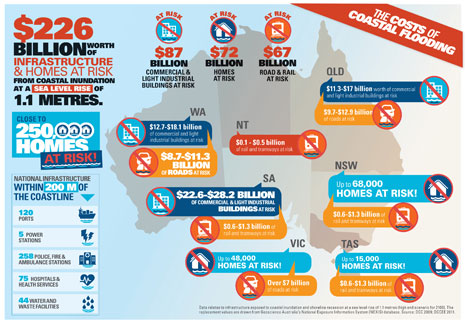 They calculate that a rise of just 50cm would mean a one-in-100 year flooding event would occur in Australia every few months, and cause sandy shorelines to retreat by 25 to 50m.

Sydney is especially vulnerable, and would be likely to face a one-in-100 year flood event almost every day by 2100.

The damage that such flooding could cause would also have severe economic consequences, they say.

In Southeast Queensland, for instance, a current one-in-100 year coastal flooding event would cause around AUS$ 1.1billion in damage to residential buildings. If the sea rose by 20cm, this would increase to around $2bn, and up again to $3.9bn with a 50cm rise. 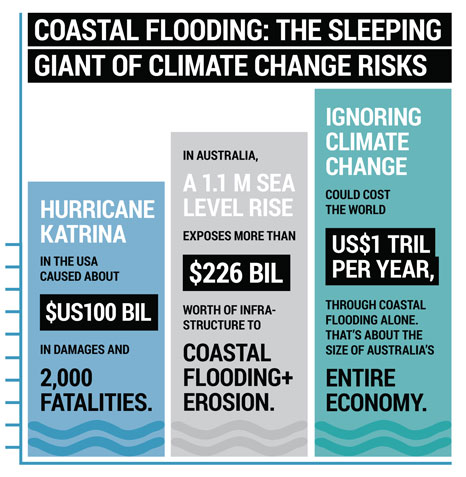 World leaders are meeting in New York next week to pledge new actions aimed at cutting emissions – but despite signs that Australia could suffer some of the more extreme impacts of climate change, it is a gathering that the country’s prime minister, Tony Abbott, has decided to skip.

Instead, foreign minister Julie Bishop will represent the Australian government.

Many regard this as a snub, considering that 125 countries have decided to send their head of state or government, including the US, which will be represented by Barack Obama.

Many of Abbott’s actions, including abolishing Australia’s carbon tax, have been seen as regressive at a time when other countries are ramping up efforts to tackle climate change.