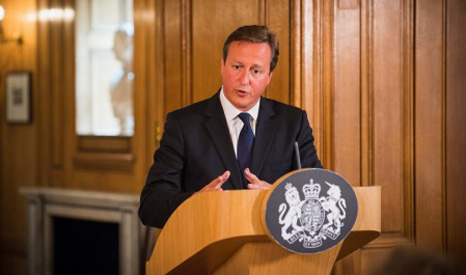 UN climate chief Christiana Figueres says the absence of the Chinese and Indian leaders from a UN climate summit on September 23 will not affect its credibility or outcomes.

The rulers of the first and third largest carbon polluters on the planet, Xi Jinping and Narendra Modi, recently declined to attend the meeting, hosted by secretary general Ban Ki-moon.

US president Barack Obama is scheduled to attend the gathering, as is UK prime minister David Cameron, who told NGOs of his intention to travel on Tuesday evening. Number 10 confirmed to RTCC Cameron is expected to be there.

And despite Modi and Xi’s absence, the UN’s top climate official believes the meeting can forge a new consensus on what a global carbon cutting deal could look like. She expects over 125 heads of state to turn up.

“I would not recommend we read too much into the person who is going to be speaking for the Chinese and India governments,” Figueres said.

“The fact is that they had fully intended to be represented at the top level and for reasons that have nothing to do with the climate summit at the at the last minute they are not able to be there.”

No.10 tells us @David_Cameron to attend BKM #climatesummit. Good to see PM engaging at this important time for #climate action

Vice premier Zhang Gaoli will attend instead of Xi, while Modi’s replacement is still unclear.

Speaking at a press briefing organised by the Climate Group, Figueres said she expected the Indian and Chinese officials attending to deliver a “strong message” on their climate goals.

And she stressed that the meeting should only be viewed as one step in a pathway towards a global agreement, set to be signed off in the French capital next December.

“This is not something that will stop on September 24… rather what is important is the strength of commitments and action of all governments moving forward up and until we deliver a new universal agreement in Paris,” she said.

The gathering is set to focus heavily on the role businesses can play in promoting green growth and weaning consumers off high carbon lifestyles.

BT, Unilever, HP and Virgin will be at UN headquarters, together with representatives from Lockheed Martin, makers of Trident nuclear missiles and the F-35 fighter jet.

High level talks between heads of state and multinational CEOs are expected to focus on the need for a global carbon price, the potential of green bonds and effective policies to incentivise low carbon technologies.

A UK government report published on Tuesday estimates its economy could benefit by up to £210 billion by 2050 if it backed low carbon growth.

“The inclusion of business at the summit and over the past few years is frankly a recognition that climate change is not a one person or one sector issue,” said Figueres.

“It cannot be solved by one country, one sector or one level of government. Climate is an every-person issue, and it requires everyone to work collaboratively in order to reach the solutions to the level and at the speed we need to find.”

The meeting will also mark the debut of a new green business coalition, We Mean Business, comprising of a wide range of industry organisations including CDP, Ceres, The Climate Group, Prince of Wales’s Corporate Leaders Group and WBCSD.

The new group says it represents “thousands” of businesses across all sectors on every continent, and plans to urge governments to “scale-up clean energy, energy efficiency and unleash low carbon innovation”.

Mindy Lubber from low-carbon US business group CERES, which has over 30 members in the S&P 500, said businesses she worked with increasingly saw themselves as climate leaders, setting ambitious goals despite a lack of policy certainty from governments.

“The good news is that more and more companies are living up to these standards and exceeding them.”