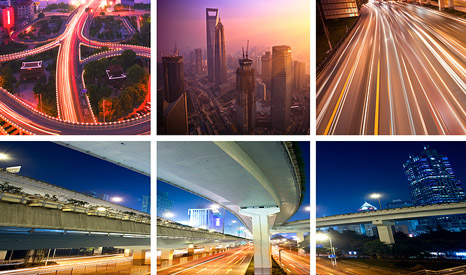 The world’s six leading development banks say they will work together to boost flows of finance aimed at low carbon investments.

“We, the undersigned multilateral development banks (MDBs), are committed to the implementation of ambitious climate action both to combat climate change and to manage its inevitable consequences,” they say.

The pledge comes just over a week before heads of state, civil society groups and the presidents of all six development banks meet in New York for a one-day climate summit.

Dev. banks stepping up #climateaction. Part of overall trend to low-carbon & resilience which must be accelerated http://t.co/XhJtbzI3h2

Since 2011 the six organisations say they have helped deliver US$ 75 billion of green financing to poorer countries. No new target was stipulated in this release.

They plan to “further coordinate our financing, ideas and analyses, and continue to harmonize our approaches on climate action”.

Developing countries say they need more help to slow their emissions, which are currently on course to break the 2C warming limit agreed by the UN in 2009.

Over the past year the World Bank, European Bank for Reconstruction and Development and European Bank have all taken steps to move away from financing fossil fuel energy plants.

The US, UK and Scandanavian countries also announced their aid arms would scale back assistance to coal energy projects, the single largest contributor to greenhouse gas emissions.

In an interview with RTCC, the World Bank’s special envoy on climate Rachel Kyte said moves away from funding projects linked to climate change made sense for development banks.

“The starting point for us was understanding what climate was doing to our core business – you could apply that to government and to a private company,” she said.

“If you look at our investments in energy generation, the shift towards renewables is truly significant, and that will continue.

“And we will continue to invest in the transmission and distribution systems that are needed to bring energy access to everybody, and that would be cleaner energy.”

But in a June interview with RTCC, a senior official at the African Development Bank said talk of cutting coal funding was “hypocrisy”.

“It’s very easy for some of our partners sitting in the more developed countries to make certain pronouncements without understanding the whole impacts on the developing world of what they’re saying and unfortunately a lot of it’s political,” Kurt Lonsway told RTCC.

“I find it quite hypocritical for us to say that we’ve developed, we’ve used our coal resources and now we’re telling them they can’t do the same.”