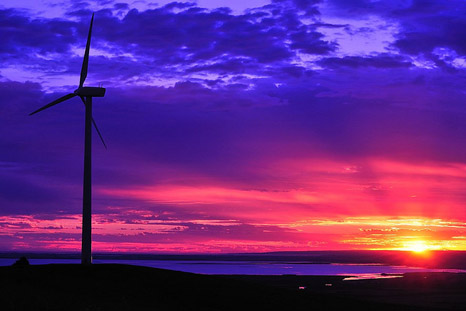 Australia must face up to scientific and international realities with long term goals to clean up the energy sector, a think-tank recommended on Wednesday.

While debate rages over proposals to scrap or scale back Australia’s 2020 renewable energy target, the Sydney-based Climate Institute said politicians need to take the opposite course.

The country needs to halve its power sector carbon emissions by 2030, the think-tank said, and give a clear signal to the market to invest in renewable technology.

“The Renewable Energy Target is a critical but insufficient tool to put Australia’s electricity sector on a path to decarbonisation. Australia also needs to deal with the fact that it has a badly aging and polluting power fleet,” said Climate Institute deputy CEO Erwin Jackson.

“By just focusing on the 2020 Renewable Energy Target, the political debate is ignoring scientific and international realities. To position our economy for the inevitable transition to clean power, we need a clear bipartisan supported goal to decarbonise the electricity sector.”

On Tuesday UK energy and climate secretary Ed Davey said Australia was one of a number of developed countries that needed to deliver tougher carbon cuts ahead of a possible UN climate deal next year.

Its publication followed hot on the heels of a controversial move to axe Australia’s carbon tax. Abbott had made a manifesto promise to cut the green levy, in a clear signal his priority was to protect energy-intensive industries over the climate.

Warburton, a climate sceptic, said the costs of the renewables scheme outweighed its benefits and “significant change is required”.

The RET sets a goal of 41,000GWh of power from renewables by 2020. This was originally expected to meet 20% of the country’s electricity needs, but is now on course to provide 26% due to a drop in demand.

According to Warburton’s report, the support scheme is now contributing to a surplus of capacity and its costs are “not justifiable”.

The cabinet is reportedly divided on how to proceed, with Abbott wanting to scrap the target, environment minister Greg Hunt favouring a scale-back and education minister Christopher Pyne privately defending the scheme against changes. 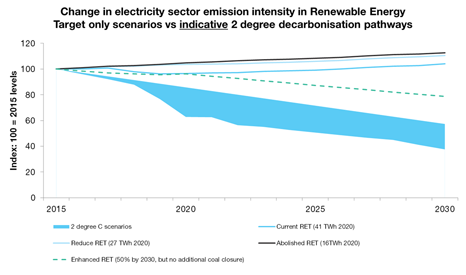 The Climate Institute argued that far from downgrading the ambition for renewables, the government needed to take a longer term view.

To limit global temperature rise to 2C above pre-industrial levels, the internationally agreed threshold, Australia must phase out coal from the mix.

“Any long-term solution to Australia’s electricity sector challenges will require strong growth in renewable energy investment to 2020, 2030 and beyond.

“It will also require the exit of aging and high polluting coal generators from the electricity market. Approaches such as voluntary funds for closure of coal plants are insufficient.”

He cited regulatory interventions in the USA, Canada, UK and China to limit coal generation. 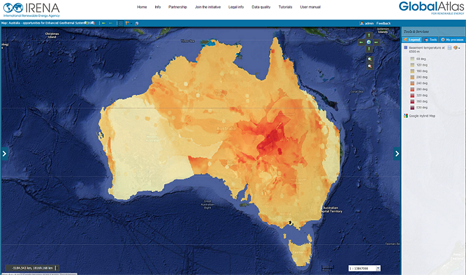 IRENA’s global atlas showed hot rock across large areas of Queensland, New South Wales and South Australia, that could be tapped for energy.

“Enhanced geothermal resources can provide significant heat energy in parts of the world not normally known as geothermal hotspots. And while the technology is still relatively nascent, the potential is huge.”