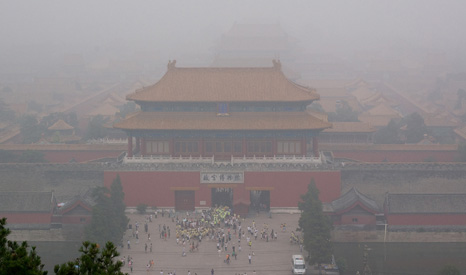 China plans to roll out a national emissions trading scheme in 2016, according to a Beijing climate official.

The market, once launched, will be the biggest in the world. China currently emits almost 30% of global emissions.

The government is currently finalising rules for the scheme, which will harness the experience of the seven regional pilot markets already operating across the country, Reuters reports.

“We will send over the national market regulations to the State Council for approval by the end of the year,” said Sun Cuihua, a senior climate official with the National Development and Reform Commission (NDRC), at a conference in Beijing on Sunday.

She added that some provinces could start later than 2016 if they lacked the technical infrastructure to participate from the start.

Currently, the EU operates the world’s largest emissions trading scheme. This would be dwarfed by a national market in China.

China’s success in reducing its emissions will be crucial to the credibility in any international deal to combat climate change, as well as the health of its own people.

Outrage over the health problems arising from the choking smog in cities including Beijing has helped to drive climate action.

Report: China could reveal carbon cap by first quarter of 2015

According to Reuters, the Chinese carbon market will cap carbon dioxide emissions from sources such as electricity generators and manufacturers. To emit above this cap, organisations must buy permits from the market.

A US proposal to implement a national carbon market was defeated in the Senate in 2009, largely because of concerns over competitiveness.