Pressure mounts on Vatican to join other religious institutions in divesting from coal, oil and gas 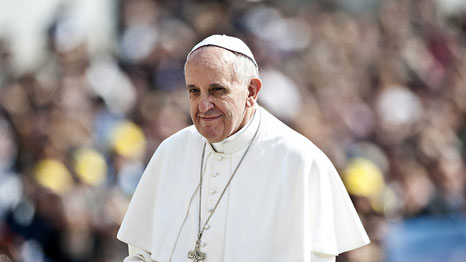 Environmental campaigners have ramped up pressure on the Vatican to abandon fossil fuel investments.

“Your acknowledgement of the dire threat of climate change, the Vatican’s efforts to become the first carbon-neutral state, and your dedication to caring for creation give us great hope,” says the petition.

“We urge you to use the power of your office to set an example for the world.”

The head of the Catholic Church has voiced his concerns on the environment regularly since he took office last year.

Naming himself after Francis of Assisi, patron saint of animals and ecology, the Pope has called the destruction of nature a “sinful act” and is currently working on an encyclical on man’s relationship with nature.

“Pope Francis understands the threat of climate change and our moral responsibility to act,” said Jamie Henn of 350.org.

“We urge him to take appropriate steps to stop the Catholic church from fueling the climate crisis through its investments, and use the power of his office to call on Christians and non-Christians alike to align their investments with their values.”

The campaign to persuade organisations to abandon their investments in the fossil fuel industry has gained particular traction among religious groups.

In July, the World Council of Churches, representing half a billion Christians worldwide, voted to divest. However, this does not encompass the Catholic Church, which has more than double that membership.

Pressure is mounting on the Vatican to announce its position on the divestment movement. Its bank holds investments totalling US$8 billion. In April, religious groups from Australia and North America wrote to Pope Francis, outlining why divestment was a “matter of integrity” for the Church.

In June, the University of Dayton in Ohio became the first major Catholic institution in the US to divest from fossil fuels.

Anglican archbishop Desmond Tutu has called for an “apartheid-style boycott”.

Campaigners say that the incentive to divest is financial as well as moral, as investors risk sinking their funds into assets that will not pay off once the world has agreed on a new climate agreement.

According to the International Energy Agency, no more than a third of proven fossil fuel reserves can be burnt if the planet is going to stay below an internationally agreed limit of 2C of warming.

Separately, this week Sydney University has become the first such institution in Australia to announce that it will make no further investments in coal. It has yet to decide what to do with existing investments.