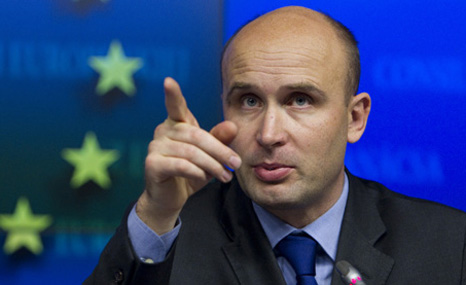 Poland can set an example to developing countries on cutting carbon emissions while achieving economic growth, its climate change minister has claimed.

Such talks aim to prevent dangerous global warming by agreeing curbs on carbon emissions, but are held back by disputes over who should bear the costs.

Within Europe, Poland’s government is seen as a drag on climate policy ambition. The country opposes a proposed target to cut carbon emissions 40% by 2030 across the EU and foresees coal as its main energy source until 2060.

Korolec accused critics of the coal-dependent nation of “arrogance and ignorance” in an interview with Polish language publication Biznes Alert.

He insisted: “Poland has undoubted achievements in the fight against climate change.”

Between 1988 and 2012, Poland cut its greenhouse gas emissions by almost 30% while GDP more than doubled, he pointed out.

This drop in emissions came as Poland moved from a centrally planned economy under Communism to a market economy. Many inefficient and energy-intensive plants were shut down.

A 2011 World Bank report acknowledged the trend. However, it warned “the link between growth and emissions has re-emerged in recent years”. That is, economic growth is coming at the expense of higher pollution levels.

The bank found Poland was still one of the least carbon-efficient economies in the EU. It was also among the most dependent on domestically produced coal in the world, relying on coal for some 90% of electricity. 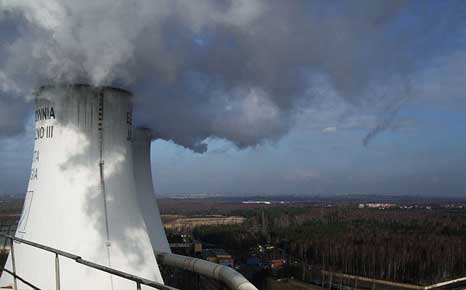 She said: “The Polish government’s sentimental approach to climate policy is already well known. Instead of planning for the future, ministers and officials are dreaming of the past.

“But let’s get the facts straight. Poland’s emission reductions in the 1990s resulted from neither policies nor innovation, but were an accidental side-effect of the economic transition towards a market economy.

“Twenty-five years ago Poland was producing more than 90% electricity from coal: and it still is today. Without new policy and direction, this will not change.

“While few take seriously the government’s claims on past achievements, we should be really worried about Poland’s 2050 Energy Roadmap, which foresees coal remaining the dominant fuel for another three decades or more.”

Wojciech Szymalski, who leads a regional environmental initiative, agreed Poland had done little in the way of active policy to continue cutting emissions.

“Only accession to EU forced the Polish government to think in another direction, in the direction of the future when fossil fuels will not be so abundant as they were before,” he said.

“Poland has a good history of reductions to build on, but does Polish government want to do some more for the future generations or just remain in the starting blocks?”

Greenpeace is urging the Polish government to swap coal for clean sources of energy and stop opposing ambitious emissions cuts at EU level.

In a briefing note, the campaign group said: “Poland’s coal dependence is not a given, but a result of misguided energy policies and neglected opportunities to foster investment in clean energy and energy efficiency.

“Poland’s coal-focused strategy is, in fact, increasing its dependency on foreign energy imports. These policies can and must be reversed.”

Yet Korolec argued that Poland’s experience was uniquely valuable in EU discussions.

Unlike other member states that have cut emissions, he said, Poland did not simply move into low carbon sectors like financial services. “The reduction was primarily due to new technologies, investment and innovation, as it largely remained an industrial country.”

This is relevant to developing countries such as China and India, whose economic growth is driven by industry.

Poland’s recent upturn in emissions reflects the fact it remains committed to polluting coal as its main source of energy. This has earned it the nickname “Coal-land” among critics.

Korolec dismissed such jibes as “an expression of arrogance and ignorance”, adding: “Sensible climate protection should connect countries, not divide and pigeonhole them.”

His comments come as EU leaders prepare to agree a climate strategy for the next ten years after 2020.

Draft proposals from the European Commission target a 40% cut in greenhouse gas emissions across the bloc by 2030. The Commission recommends aiming for 27% of energy to come from renewable sources and a 30% improvement in energy efficiency. National leaders are set to make a final decision in October.

The 40% target is too high for Poland, which Korolec has long argued should not be expected to pay for the ambition of richer western European countries. And he said compromise was still possible.

“EU can be ambitious in its climate policy,” he said, “but delivery of this ambition cannot rest primarily on the poorer member states of the region, including Poland.”

Europe’s 2030 framework will signal the EU’s level of commitment to tackling climate change when it comes to international talks.

Negotiators are working towards a global climate treaty in Paris next year.

The EU’s claims to global climate leadership were “often perceived as arrogant,” said Korolec. The Paris deal would primarily rest on dialogue between the US and China, the two largest emitting countries.