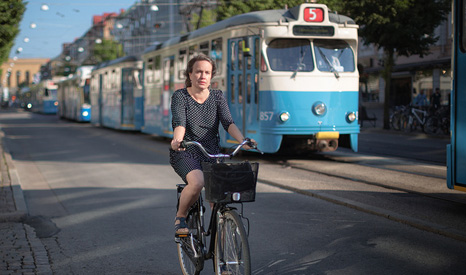 A Swedish bank is leading the world in underwriting green bonds, data gathered by the Climate Bonds Initiative shows.

SEB has helped to issue US$3 billion worth of bonds labelled “green” this year to date, outstripping some major global brands.

SEB has worked with the World Bank to develop the green bond concept since 2007, in response to interest from pension funds.

“It is not only about being a good citizen but managing your finances responsibly,” Flensborg says.

“There is a need to increase awareness around climate stress, to be better money managers.”

Banks are matching up the demand for sustainable investment options with corporations and public bodies delivering green projects such as renewable energy and public transport.

In the last quarter, the three largest issues came from energy companies GDF Suez (US$3.44 billion) and Iberdrola (US$1.03 billion), and public authority Ile-de-France (US$829 million).

The Ile-de-France bond will support a broad array of initiatives, including a tramway, district heating and energy efficiency measures for social housing.

These deals were each underwritten by a handful of different banks that did not include SEB.

SEB came out ahead by exclusively underwriting a number of deals denominated in Swedish kroner. These included issues by Skanska, Stockholm Lans Lansting and City of Gothenburg.

The green bond market is growing fast, set to play an increasing role in the shift to a low carbon economy.

Worldwide, the International Energy Agency says some US$53 trillion of finance is needed by 2035 to prevent dangerous climate change.

That will go towards developing energy efficiency and renewable energy to replace the fossil fuels responsible for greenhouse gas emissions.

The value of labelled green bonds issued this year passed the US$20 billion mark in July.

The Climate Bonds Initiative estimates the wider universe of bonds used for climate-friendly activities is worth US$500 billion.

In five to seven years’ time, Flensborg expects up to 10% of bond issues to be “green”.

“The market is being more standardised and it is more clear what a green bond is about,” he says. “It is going to be a normal part of portfolios.”