Climate-friendly bonds are worth US$500bn – report 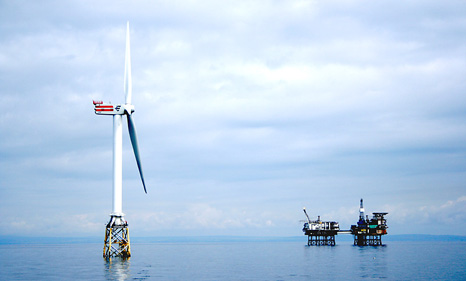 Some US$500 billion worth of bonds are being used to finance the transition to a low carbon economy, according to a study published on Thursday.

That is up from US$350 billion in March 2013, the Climate Bonds Initiative (CBI) finds, in a report commissioned by HSBC.

This estimate counts bonds from corporations that solely focus on climate-friendly investments like railways and renewable energy as well as the growing class of bonds explicitly labelled “green”.

The CBI says these “climate-themed” bonds could potentially be labelled as “green” in future, to make it easier for investors to identify the benefits and stimulate the low carbon economy.

Sean Kidney, CEO of the Climate Bonds Initiative, says: “Investors are concerned about climate change. This report shows how they can invest in climate bonds without risk. The investment opportunities we find are safe and secure investment grade bonds. This is a Dull Green Market – just how pension funds and insurance funds like it.”

Estimates vary on the investment needed to avoid dangerous climate change, but the numbers are all large.

The International Energy Agency says $53 trillion is needed for clean energy supply and energy efficiency by 2035 to limit global temperature rise to 2C.

Even if those efforts succeed, the CBI says money will be needed to adapt to a warming world – and public funds alone will not be enough.

In the private sector, the $100 trillion bond market outstrips the $63 trillion of equity investment, making it an important target for finance.

Green bonds could complement the divestment movement, in which churches, universities and cities pledge to stop investing in polluting industries.

The green bond market is too small to present a viable alternative to large-scale fossil fuel investments today, says report co-author Bridget Boulle, but has the potential to become a “positive investment tool”.

Outstanding labelled green bonds are worth US$36 billion, of which 80% was raised in the past two years. Issues in 2015 are expected to exceed US$100 billion.

Such products were pioneered by a handful of development banks and the European Investment Bank (EIB) remains the largest single issuer, on US$3.5 billion, but increasingly corporations are getting in on the act.

Boulle expects this sector of the market to continue to grow: “Both the EDF and GDF Suez bonds broke new ground. That really shows there is a huge potential for new issuers.”

Massachusetts in the US, Gothenburg in Sweden and Johannesburg in South Africa led the charge for municipalities. Energy efficient building projects are also seen as a growth area.

At present, there is no universally agreed standard for bonds to be labelled “green”, but 61% of those issued in 2013 and 2014 were subject to some form of third-party review.

Development banks like the EIB were generally trusted to have sound governance, says Boulle. “As the issuers broaden to more corporate issuers, this is going to become more and more important.”

China is the single largest issuing country, with US$160 billion worth of fixed-income finance mainly going towards building railways.

The UK is punching above its weight in second place, on US$59 billion, followed by the US on US$51 billion and France on US$49 billion.