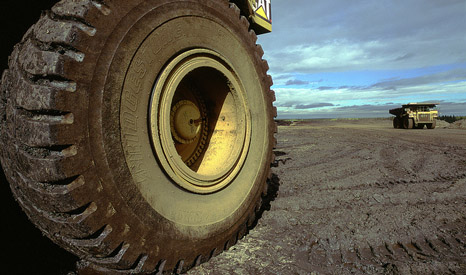 Running from Canada to Texas, the future of the US$5.4 billion pipeline, which would carry oil from the Alberta tar sands, has become a key test of the White House’s “green” credentials.

But scientists from the Stockholm Environment Institute say this analysis did not take into account its affect on global markets.

While State calculated Keystone could lead to the release of 27 million tonnes of CO2e a year, Peter Erickson and Michael Lazarus argue the figure could be as high as 110 million.

In a supply and demand analysis, published in the journal Nature Climate Change, they say the pipeline’s full capacity of 830,000 barrels of oil a day could see international prices fall slightly and demand rise.

“The key message is that the oil market impacts of Keystone XL could be significant – and have an emissions impact four times greater than the US State Department found,” Erickson told RTCC.

“That also suggests that this type of analysis – analysing the possible market effects of other fossil fuel infrastructure projects – suggests that more analysis of those could be warranted, as they could have similar effects”.

The new findings are significant, given President Barack Obama’s pledge to only proceed provided it does not “significantly exacerbate” carbon pollution.

The pipeline has polarised opinion in the US, with the Canadian government and many Republicans broadly backing the project, which they say would create 6,500 jobs.

Critics say those investments would be better spent on clean energy, pointing to the fact that carbon-heavy tar sands are the source of some of the world’s dirtiest oil.

In April the administration delayed a decision, which is now likely to be after the midterm elections in November.

Lazarus said it is still unclear why the State review, which was seized on by supporters of the pipeline as evidence it should be built, did not include a section on Keystone’s international impact.

“It’s not clear if this was an oversight or a limit in the scope of what they looked at in terms of global implications…so we’re not so much critiquing the study but saying there’s something missing here,” he said.

High cost fossil fuel projects are coming under increasing scrutiny ahead of a potential UN climate change agreement, scheduled to be signed in Paris next December.

Research by the Carbon Tracker NGO suggests many fossil fuel assets could become “stranded” if governments agree on policies to limit global warming.

These include multi-billion dollar investments in tar sands, the Arctic and other unconventional gas and oil exploration projects around the world.