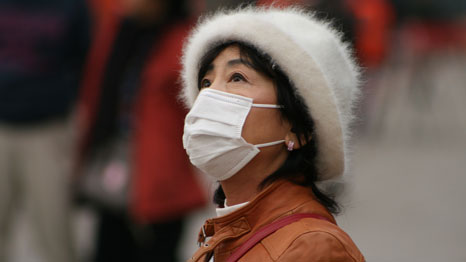 Beijing will ban coal use in its six main regions by the end of 2020, according to the Beijing Municipal Environmental Protection Bureau.

The move is the latest of a series of efforts to combat the capital city’s air pollution. The cancer-causing smog which shrouds Beijing has stimulated efforts to reduce coal consumption, which has the knock on effect of tackling climate change.

The official Xinhua news agency said on Monday that Dongcheng, Xicheng, Chaoyang, Haidian, Fengtai and Shijingshan districts will stop using coal and its related products, and will close their coal fired power plants and other coal facilities.

It reported that the Bureau would use clean energy, including electricity and natural gas, to supply residents in heating, cooking and other activities.

Coal burning causes the PM2.5 particles which are the most harmful aspect of air pollution. According to the UN’s World Health Organisation, air pollution killed seven million people globally in 2012.

Xinhua said that official Chinese statistics show that coal use provided a quarter of Beijing’s energy consumption in 2012, which is expected to shrink to less than 10% by 2017.

Indications from state officials that China is ready to put a cap on its carbon emissions show that the country is serious about tackling its fossil fuel addiction.

Thanks to its booming economy and its growing demand for energy, China now consumes 49% of all the coal produced in the world. This has reduced poverty, but at the same time had a drastically negative impact on the country’s natural environment.

Diplomats from China, Brazil, India, and South Africa, who make up the BASIC negotiating bloc at the UN, meet this week in Delhi to discuss their climate change positions.