Leaders from Christian, Muslim, Buddhist and other communities to gather ahead of Ban Ki-moon climate summit 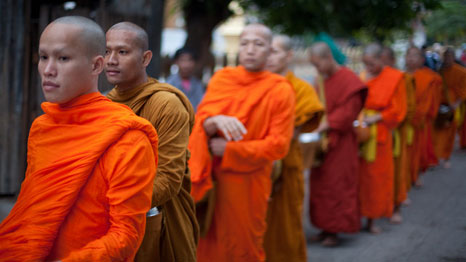 Religious leaders from across the globe will travel to New York in September to participate in a landmark UN climate summit.

Preparations for the summit, hosted by UN secretary general Ban Ki-moon, are gathering momentum. President Obama recently confirmed that he will attend.

Thirty leaders from a wide selection of faiths are joining the action. They will congregate for a two-day meeting before 23 September, when world leaders are expected to announce “bold actions” on tackling climate change.

“Faith leaders of all religion are important voices for people all around the world. No matter what faith, whether Muslims, Christians, Hindus, they have a care for the creation. Gathering such leaders is an important space for creating a voice for this faith movement,” said Mattias Soderberg from ACT Alliance, one of the groups sponsoring the event.

Ban is convening the summit of world leaders to provoke high level engagement with the climate change debate ahead of Paris talks in December 2015, when countries are set to agree a global deal.

Faith leaders will deliver a statement to Ban on the importance of a fair outcome to these negotiations following their two-day meeting.

Other groups have used Ban’s climate summit as an opportunity to bring their own concerns to the table. On 21 September, a “People’s Climate March” will take place in Manhattan, which organisers say will be the biggest climate change demonstration to date.

So far, over 550 organisations have signed up to take part. These include the usual suspects, such as the Climate Action Network and 350, but also some niche interest groups, including Jewish Vegetarians of North America and the Norwegian Grandparents Climate Campaign.