US and China cooperation offers hope of success in Paris next year, says Ville Niinisto 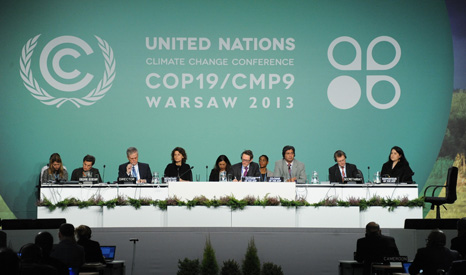 Negotiations on a UN climate change agreement in 2015 are on track, according to Finland’s environment minister.

Speaking at an event in Pori, Finland, Ville Niinisto cited recent climate policy moves from the US and China as evidence the world’s largest carbon polluters are making steps to cut emissions.

“I’m more optimistic than I have been in the past five years,” he said. “This gives encouragement that we are looking at countries coming out with concrete action during the next half year.”

The minister added he was confident the EU could deliver an ambitious set of climate and energy targets in its 2030 package, due to be revealed in October.

The 28 member states are currently negotiating the bloc’s 2030 climate and energy package, which Niinisto hoped will be “consistent with ambition and reductions”.

“We have the skeleton of a text, and when I see what happened before Copenhagen – this situation is a bit better.

“Parties are more serious looking at the common text… what would be the situation with developed and developing countries. What capacities can they contribute to the overall common good,” said Uosukainen.

Separately, Niinisto said UN envoys need to develop a clearer idea of what national pledges towards a global agreement, due by March 2015, will look like.

Talks are aimed at preventing global temperatures exceeding 2C above pre industrial levels. Currently scientists say the world is on target for 3-4C by 2100.

Governments of leading economies have been asked to outline the level of their greenhouse gas cuts by March 2015, six months ahead of a Paris summit, but there is concern that the offers may not be easily comparable, and based on varying metrics.

“It has to be somehow verified and looked through by all the other parties that they are at a level that is acceptable for that country,” he said.

“That is the architecture we are looking at, but the most important things is that we are going to get a good carbon price signal from different countries that it’s smart to look for low carbon solutions.”