Debate over who will accept toughest carbon cuts heads to wire, as UN narrows options for Paris summit 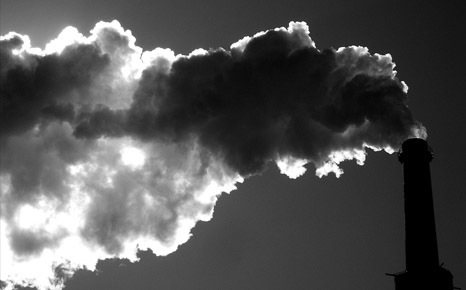 The UN has issued its latest set of options for a global climate change deal, but questions over who will make the greatest carbon pollution cuts remain unanswered.

The 22-page document is likely to form the basis of a draft negotiating text, which the UN’s climate body wants ready for its main summit in Lima this December.

Nearly 200 countries are currently involved in work on the agreement, which aims to limit warming to 1.5/2C above pre-industrial temperatures, and is set to be signed off in Paris at the end of 2015.

But it remains unclear how the burden of carbon cuts will be shared between rich and poor countries, a fact acknowledged by the vague language used in this release.

“The 2015 agreement is to be under the Convention and guided by its principles, including common but differentiated responsibilities and respective capabilities (CBDR-RC), while taking into account national circumstances,” it says.

Labelled a ‘non-paper’ and designed to be the catalyst for further discussions, it outlines how the current co-chairs of the UN talks, the European Commission’s Artur Runge-Metzger and Kishan Kumarsingh of Trinidad and Tobago, view negotiations so far.

Drafted after the latest round of UN talks this June, the document stresses the role of developed countries and “parties with the greatest responsibility and highest capacity”.

One option listed is for “all major economies to take absolute economy-wide emission reduction targets”. These are due to be submitted by the end of the first quarter of 2015, ahead of a review process.

The US, EU and other developed countries say leading emerging economies must accept greenhouse gas restrictions for the 2015 deal to work.

And in what is likely to be a politically sensitive set of the talks, the UN says national pledges may face “top-down adjustment based on a global carbon budget… with no backsliding allowed.”

Emissions in Brazil, India, China and South Africa have risen sharply since 1992, when the UN first attempted to tackle climate change and determined which countries bore the greatest responsibility.

Speaking in Beijing today after meetings with his Chinese counterpart Xie Zhenhua, US climate envoy Todd Stern repeated his position that all major polluters will need to deliver cuts by Paris.

“We don’t quarrel with the basic concept. What we don’t agree with, and what we do quarrel with, is the notion that the way you interpret CBDR is to say that you look at the two categories of countries that were drawn up in the original granddaddy climate change treaty in 1992,” he said.

Stern said he intends to continue talks with China on this issue at the Major Economies Forum meeting in Paris this weekend, and the Petersberg Climate Dialogue in Berlin next week.

China, India, Brazil and other emerging economies are likely to further explore their positions at a BRICs meeting in Fortaleza next week, and a gathering of the BASIC coalition in early August.

“It does try and lay out the landscape of what the text might look like,” she says, adding: “It doesn’t frame the future agreement and explain what the regime would look like.”

Gallagher highlights the vague language on climate finance flows from rich to poor countries, a constant thorn in the side of the UN process.

Listing a set of options for raising low carbon capital, the document steers clear of setting out what levels of money should be delivered.

It calls for predictable flows of finance, and suggests developed countries provide 1% of gross domestic product per year from 2020 to the UN’s new Green Climate Fund.

Private sector and ‘alternative’ sources of funding are also mentioned, but the UN says public sources of finance will be needed for the most climate vulnerable countries.

In a separate official report on the Bonn session of talks, Runge-Metzger and Kumarsingh say they are confident negotiations are on track, warning that more work needs to be completed at an October meeting ahead of Lima.

“There is now greater clarity on the way forward on many of the substantive areas and progress has been made towards identifying a limited number of political choices that need to be made for a successful agreement in 2015.”