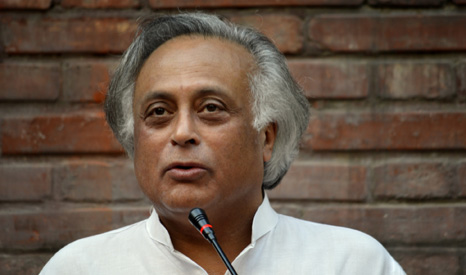 That’s the view of Jairam Ramesh, India’s minister for the environment between 2009-2011, and the man credited with transforming Delhi’s attitude to global warming during his time in office,

“In climate change, India now runs the risk of being very seriously isolated by China, Brazil and South Africa which make up the BASIC,” he told a meeting at the Observer Research Foundation think tank.

“India’s position in my view should be far more nuanced, far more proactive and flexible than has been the case.”

Environment chiefs from the BASIC countries are set to meet in New Delhi on August 7-8 to thrash out their collective position on addressing carbon pollution.

All four countries have seen huge increases in their greenhouse gas emissions linked to fast economic growth since 1990.

Traditionally the four emerging economies have formed a tight unit at UN talks, pushing back on demands from developed countries they cut spiralling levels of carbon pollution.

Citing the UN principle of Common But Differentiated Responsibility, India has said its high levels of poverty and low development levels means it should do less than other more advanced states.

But Ramesh suggested new diplomatic moves by the US to engage China on climate change could alter that dynamic.

High pollution levels in major cities and an increasingly restless population could also change the thinking in Beijing, he said.

“They will play the multilateral card. They already have bilateral co-operation with the U.S. For example, the two countries have decided to work together on phasing out hydrofluorocarbons, which India has been reluctant to do.”

India’s government says it will play a more proactive role at the next round of UN talks, scheduled to take place in Lima this December.

Fears that the country’s aged energy infrastructure will slow economic growth, and that climate impacts could become more severe, are major concerns for policy makers.

“I am really concerned about the growing dependence of India on oil imports and the present situation in Iraq is adding to it,” he said.

“India has the largest number of people lacking access to electricity and clean cooking fuels in the world.”

Prime Minister Modi has targeted a ‘saffron’ energy revolution, using the country’s plentiful solar, hydro and wind resources, although critics are wary given his historical links to big oil.

According to a government report published in May, the country needs US$ 834 billion to place its economy on a low carbon trajectory by 2030, including a total overhaul of the electricity grid.