China could cap carbon emissions from 2016 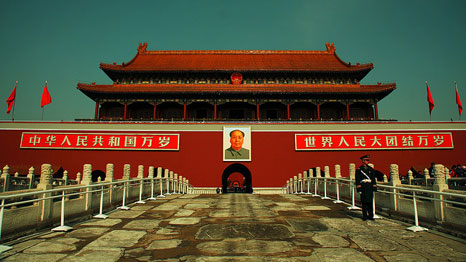 China, the world’s largest source of greenhouse gas emissions, could set an absolute cap on carbon pollution from 2016, according to a senior official.

He Jiankun, chairman of China’s Advisory Committee on Climate Change, was reported by Reuters saying the new target would be in China’s next five-year plan, which starts in two years time.

“The government will use two ways to control CO2 emissions in the next five-year plan, by intensity and an absolute cap,” he said.

In a later email to the news agency he clarified these were his own opinions, rather than official policy.

“What I said today was my personal view. The opinions expressed at the workshop were only meant for academic studies,” he said. “What I said does not represent the Chinese government or any organisation.”

RTCC understands this is not the first time He made the case for an absolute cap, one contact saying he talked about it in March.

No indication has been given on what level of cap China may impose. The country’s emissions have soared by 50% since 2005.

Last week RTCC reported China expects to launch a national carbon market in 2018, based on regional schemes it is presently piloting.

Hubei officially launched the sixth scheme last month, and Chongqing is expected to introduce the final pilot later this year.

The news from Beijing comes a day after US President Barack Obama presented a new set of carbon cutting proposals, aiming to reduce emissions from power plants by 30%.

As RTCC reported yesterday, the proposal is built on four major building blocks. It calls for retrofitting power plants with cleaner technology, switching from dirtier fuel sources to cleaner ones, raising levels of renewable energy generation, and improving energy efficiency.

States will be charged with mandating the reductions after the rule is finalized.

Obama described the proposal as a “sensible, state-based plan” during a telephone press call with reporters on Monday afternoon.

Nearly 200 countries meet in Bonn this week for the latest round of talks on developing a global climate deal, set to be signed off in 2015.

“I fully expect action by the United States to spur others in taking concrete action—action that can set the stage and put in place the pathways that can bend the global emissions curve down in order to keep world-wide temperature rise under 2 degrees C this century,” she said.
This article was amended on June 4 at 0900BST to take into account new comments from He Jiankun