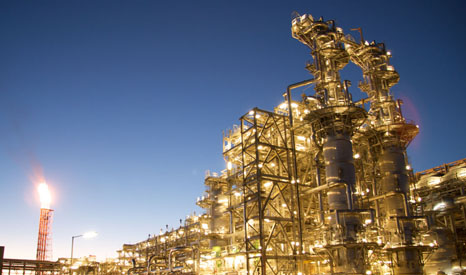 Mexico gas-fired power generation will  surge in the wake of a projected doubling in US pipeline imports, the U.S. Energy Information Administration said last Thursday.

The shift to natural gas would cut dependence on more polluting fossil fuels including coal and oil, but may also undermine emerging wind power growth in the south and west of the country.

The US shale gas revolution has already slowed growth in the country’s domestic wind power sector, by cutting wholesale power prices and market incentives for the renewable power source.

“The growth comes largely from new combined-cycle plants, which benefit from greater operational efficiencies and lower emission levels compared to other generation sources.”

In all, Mexican natural gas consumption in the power sector would increase to 6.1 billion cubic feet per day (Bcf/d) in 2027, compared with 2.7 Bcf/d in 2012, according to the Mexican projections.

US natural gas producers would be major beneficiaries, with pipeline exports projected to more than double to Mexico in the next five years.

That would follow a doubling between 2009 and 2013, according to SENER.

Mexican power generation is presently dominated by fossil fuels, where natural gas has recently surpassed fuel oil and coal as the number one power source.

Non-hydro renewables are dominated by geothermal power, and supply only 3% of the country’s electricity.

“The most significant source is currently geothermal, including the 645-MW Cerro Pietro plant in Baja California, followed by biomass and waste combusted in fossil-fueled power plants. At present, there is relatively little wind and solar generation in Mexico.”

The country has strong wind resources in the west, in Baja California where there are plans for a transmission line to allow modest wind power exports to the United States.

“Sempra International is developing the Energía Sierra Juarez (ESJ) wind farm. The electricity from this farm will be exported to the United States on a new transmission line. The 156-MW first phase of ESJ will be completed in 2014. ESJ’s longterm development plan includes additional phases, with a potential total capacity of over 1.2 GW.”

There are also strong resources in the south of the country, in the Isthmus of Tehuantepec in Oaxaca, where the EIA noted several projects were due to come on line by early 2015 with several hundred megawatts of wind power capacity.