Building upgrades can slash EU gas use by 95% 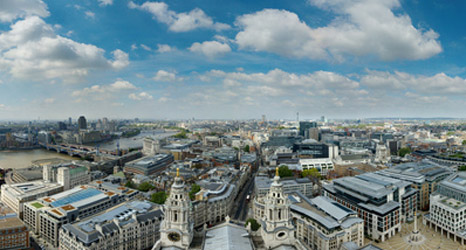 “Deep renovation” of buildings could slash EU dependence on energy imports, according to energy consultants Ecofys.

Dependence on Russian gas is a critical political issue in the European Union in the wake of the Ukraine crisis, which has limited the bloc’s room for foreign policy manoeuvre.

The European Commission is presently drafting a note on how to reduce energy dependence; a draft version says that efficiency improvements could energy use in the building sector by up to three quarters.

Ecofys looked specifically at natural gas consumption, and estimated that building upgrades could cut the sector’s gas use by 95% by 2050.

It estimated that the alternatives, such focusing domestic renewable energy supply or increasing domestic shale gas production, would be more expensive, in its report, titled “Deep renovation of buildings – an effective way to decrease Europe’s energy import dependency”.

Demand in the building sector is responsible for about 40% of energy consumption in the EU, including a third of natural gas.

“Deep renovation is a suitable way forward, not only for reduction of EU’s dependency on imports, but also for generating significant greenhouse gas emission reductions and energy savings, while providing a strong impetus for economic recovery and job creation,” said the report.

It defined deep renovation as a steady annual improvement in the efficiency of building envelopes and the use of decentralised renewable power.

The building sector consumes about 60% of all imported gas, the Ecoys report calculated.

Deep renovation could cut gas consumption in particular through a switch to electric heating powered by renewable power, displacing gas and coal, and through massive improvements in efficiency to reduce overall energy use.

By 2040, indigenous supplies of natural gas within the EU, as of 2011 levels, would be sufficient to cover all building sector needs.

The report compared the costs of deep renovation, at 2-9 euro cents per kilowatt hour (kWh) saved, with the generation costs of renewable power at 5-18 cents, to suggest that efficiency was a more cost-effective technology.

The Ecofys report was commissioned by Eurima, the European Insulation Manufacturers Association which represents the interests of producers of insulation materials in Europe.