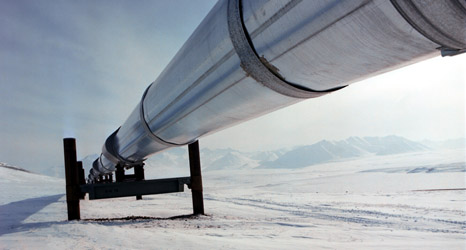 The European Union aims decisively to shift away from dependence on Russian gas imports, following previous failed attempts, according to a draft European Commission document on energy security.

The Ukraine crisis has deepened European jitters over gas imports, where Russia is its single biggest supplier.

The European Commission note mentioned the word “solidarity” seven times, in a draft note whose final version would be published in June, titled “European Energy Security Strategy –  Comprehensive plan for the reduction of EU energy dependence.”

“The EU and its Member States have an overriding priority: ensure that best possible preparation and planning improve resilience to sudden disruptions in energy supplies, that strategic infrastructures are protected and that the most vulnerable Member States are collectively supported,” it said.

The EU relies on imports for 70% of its gas consumption. Six member states depended on Russia as their single external supplier for their entire gas imports, the Commission said.

It called for increased gas storage in the short-term, to prepare for possible disruption in the coming winter to Russian gas transiting through Ukraine, and the development of reverse flows through gas pipelines to allow a more flexible routing of gas to where it was most needed.

It also underlined the need for a diversification of gas supplies. That included exploitation of domestic shale gas, and imports from alternative suppliers, with more imports of liquefied natural gas, for example from Qatar and in future the United States.

It also emphasised a greater role for energy efficiency, especially in buildings and industry.

It said that the Commission would prepare efficiency goals for 2030, in a sign that it would propose a concrete EU energy saving target as already agreed for 2020.

“Energy demand in the building sector, responsible for about 40% of energy consumption in the EU and a third of natural gas use9 could be cut by up to three quarters if the renovation of buildings is speeded up.”

Shifting energy politics were visible also on the Russian side, as it signed on Wednesday a major gas supply contract with China, reducing its dependence on sales to Europe.

It showed impatience with resistance from Russian gas supplier, Gazprom, to EU competition legislation which limits ownership of both energy and transmission assets. Gazprom sees such rules as a threat to its new proposed gas pipeline through southern Europe.

“The recent experience of certain non-EU operators challenging the application of EU legislation on EU territory might call for a stricter approach and a reinforcement of the applicable (competition) rules at EU and Member states level,” the Commission said.

“Antitrust and merger control rules must continue to be vigorously enforced since they ensure that the EU security of supply and industry bargaining position is not weakened through anticompetitive behaviour from and/or excessive consolidation or vertical integration of non-EU energy companies.”

The Commission detailed a long list of “key actions”, and said that the bloc had done too little to improve its security since previous disruptions of Russian gas, in 2006 and 2009, following gas price disputes between Russia and Ukraine.

“The EU needs, therefore, a hard-headed strategy for energy security which promotes resilience to these shocks and disruptions to energy supplies.”