Trillions at stake as Green Climate Fund board meet in Korea 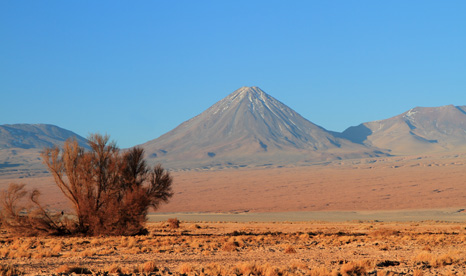 Trillions of dollars aimed at boosting the global green economy will be at stake when the UN’s Climate Fund (GCF) board gather in Songdo, South Korea on Sunday.

The goal of the planned four-day meeting is to ensure the swift and smooth launch of the fund, and allow it to start boosting low carbon initiatives in the developing world.

The GCF is seen as a critical element of a proposed UN climate change deal, set to be signed off in 2015, with the potential to radically shift the green investment landscape.

But fears are growing that if the board fails to agree on six main agenda items next week, the fund may stay in stasis, and developed countries expected to be major donors could walk away.

Sweden has already withdrawn a pledge to deliver $45 million, and Norbert Gorissen, head of Germany’s International Climate Finance division and a GCF board member, warns others could follow.

“Money cannot rest there forever, and if we don’t come to a conclusion in Songdo next week we definitely will have a problem, but my hope is this is not the scenario we will follow,” he told RTCC.

This would scupper hopes that Ban Ki-moon’s world leader’s climate summit, scheduled for September, could herald a wave of new funding promises.

Avoiding warming of beyond 2C will require investments of $5 trillion annually by 2020, according to a 2013 study by the World Economic Forum.

In the past month GCF negotiators have participated in a series of smaller gatherings, including an ‘Informal Dialogue’ in Washington DC on April 14, attended by representatives of all board members bar India and Saudi Arabia.

As a result, observers close to the process say there is now a better understanding of the main issues. “There is a strong sense of political will to make it work,” said Athena Ballesteros, a climate finance expert at the Washington DC-based World Resources Institute.

She adds the two chairs – a Filipino Senator and German diplomat – will need to demonstrate leadership next week to ensure talks do not degenerate into squabbles based on old rich v poor lines.

“The co-chairs need to take control, work the board room and consult with the different constituencies.”

This is important, because the last meeting of the GCF board in March ended in farcical scenes, with only two of eight decisions reached, and time spent bickering over what class flights staff could take.

A Swiss diplomat subsequently told RTCC some developing countries were deliberately trying to sabotage the fund, and use the resulting furore to extract more concessions from rich nations.

Others reject this analysis, but it was clear speaking to those who attended the meeting there remain deep differences between the Global North and South.

To get the GCF up and running  the board need to agree on who will disburse the money at national level, the levels of risk the GCF will take, and what safeguards are in place to ensure all projects are environmentally and socially beneficial.

April’s Dialogue highlighted continued unease over what kids of projects will be backed under the GCF, and how it will be different to other finance institutions like the World Bank.

“Several Board members noted that more clarity is needed in the investment guidelines to signal to potential intermediaries and implementing entities what types of proposals will be eligible for funding,” a document summarising the meeting says.

“One participant expressed discomfort with the suggestion that the Fund should support only revenue-generating activities that are financially viable, and suggested clarification of that statement in the Investment Framework.”

While these remain unresolved, none are impossible to tie up next week, says Amal-Lee Amin from the UK thinktank E3G, a member of the GCF’s Private Sector Advisory Group.

Amin, who this week published a detailed analysis of the key issues board members will need to take into account,  says agreement in Songdo could lead to a first meeting on ‘resource mobilisation’ [giving the fund money] by the end of June, which means investments could start in 2015.

The timing is critical. Climate change and finance ministers meet at the start of June first in London and then in Bonn for talks on leveraging private sector investments.

These involve the US, UK, Denmark, France, Japan, the Netherlands, and Norway, together with Bank of America Merrill Lynch and other leading investment vehicles.

A viable GCF with clear assurances for donors and recipient countries could help shape these discussions and start the flow of funds.

“If the Board dithers next week and is unable to reach agreement on the six essential items and the resource mobilisation process, the opportunity for the GCF to become the centrepiece of a new financial ecosystem could be lost,” says Amin.

“A GCF that was not ready to be capitalised this year would likely leave some countries with little option but to channel their climate finance through alternative means.”

She adds: “Another and potentially more urgent question would be what that would mean for the climate negotiating process leading up to Paris in 2015.”