Farmers may need to plan for variable crop outputs, as potential severity of climate phenomenon intensifies 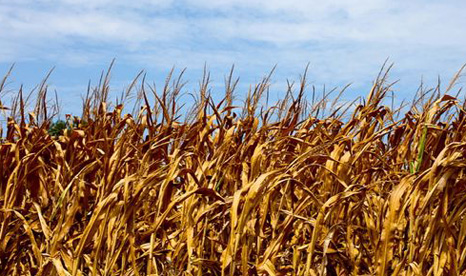 Scientists can forecast the likely impact on crop yields in individual countries of the extreme phases of the El Nino-La Nina weather cycle, according to a study published on Friday.

The weather pattern, known as El Nino Southern Oscillation (ENSO), has a cycle of around four to six years and can have a dramatic impact on temperatures and rainfall worldwide.

But that global picture masks huge regional differences, which are far more complicated and depend on the country and season.

Friday’s study, published in the journal Nature Communications, analysed the impacts of the cycle on the yields worldwide of the world’s major food crops, maize, rice, wheat and soybean, and found significant trends which could be predicted.

The study, the first of its kind to map ENSO crop impacts globally, could help famers prepare, the authors said.

“This new work tells us that we can predict when the bad years will be, ahead of the harvest,” said Andy Challinor, from the University of Leeds.

“Actions range from targeted crop management through to crop insurance and management of food storage.”

Agronomists and economists believe it will be increasingly important to plan for more variable crop output, as farming extends to areas prone to weather extremes to keep pace with growing demand from a rising world population.

Meteorologists are increasingly certain that an El Nino cycle is developing at present.

“A majority of models reach El Nino thresholds around the middle of the year,” the World Meteorological Organisation said in April.

In the northern hemisphere summer growing season, from June to August, El Nino conditions are often drier and hotter in India, and cooler in the United States and Japan, with opposite conditions during La Nina, show data from the Royal Netherlands Meteorological Institute.

Broadly, Friday’s study found a positive impact from El Nino on soybeans, and a more negative impact on other crops. And it found that La Nina had both a smaller overall positive and negative impact compared with El Nino.

“This difference suggests that, in terms of global-mean impacts, the negative impacts of El Nino can be mitigated to some extent by its positive impacts elsewhere, whereas both positive and negative signals of La Nina and their compensation are weaker than those of El Nino,” the paper said.

Meanwhile, La Nina generally had a less positive impact, with significant improvements including yields of wheat and rice in Southern Africa.