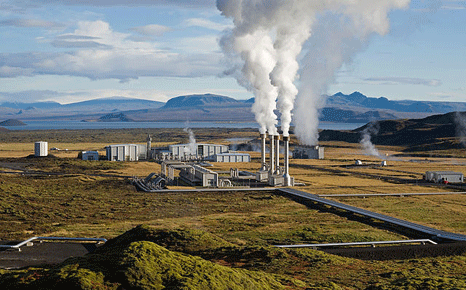 Fossil fuel companies need to diversify if they are to continue trading profitably, a report from the University of Oxford warns.

The authors say the increasing number of fossil fuel divestment campaigns threaten the long-term viability of some major producers, stigmatising companies in the eyes of the public.

“There are likely to be greater direct effects on coal valuations,” the study says. “Coal companies represent a small  fraction of the market capitalisation of fossil fuel companies.

UK and US Universities currently hold fossil fuel assets worth US $10,147m, while pension funds are estimated to hold 2-5% of their assets in fossil fuel related public equities

Previous studies have indicated that the world has already used a third of its carbon emissions budget it needs to stay within to avoid warming of more than 2°C.

The IPCC report last week  highlighted the importance of divesting in fossil fuels if global temperatures are to remain at current levels.

David Nussbaum, chief executive at WWF-UK, said divestment in fossil fuels is a natural step in the financial sector with a renewable energy that is booming and gaining public and investor confidence.

“Prudent investors want to be ahead of pack, not following the herd, so they will be preparing for a world where we leave fossil fuels in the ground – avoiding assets that cannot be realised safely in a carbon-constrained world,” said Nussbaum.

“If they do nothing, the risk is that policy changes and pressures such as the divestment campaign will mean investments could depreciate in value and might become stranded.”

Indirectly, by triggering a process of stigmatisation, the divestment campaign is likely to make the operating and legislative environment more challenging.

Previous instances of divestment campaigns against tobacco companies suggest that investors sympathetic to the campaign’s cause are likely to put together strongly worded resolutions during annual meetings, and even if voted down stir debate within a business with which management needs to be prepared to engage.

Investors, more than ever, are also keenly aware of whether managers do what they say when it comes to addressing the social responsibilities of a company.

The report says that in order for fossil fuel companies to continue attracting investment they need to engage with campaigners.

Nussbaum said: “It’s not as if we don’t have solutions. We need to switch from investing in damaging fossil fuels and increase intelligent investment in sustainable renewable energy.

“Renewable energy isn’t just the best choice, it’s ultimately our only option, because the way the world produces and uses energy today is not sustainable, and has to change.”