Adaptation funding must be driven by local communities, say experts 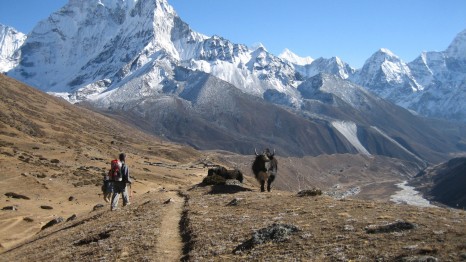 Half of all funding towards climate adaptation efforts should be directed towards community-based projects, say representatives from developing countries.

They say this is essential to ensure limited flows of finance are used efficiently and benefit sections of society most vulnerable to climate impacts.

Their arguments are outlined in a two-page document called the Kathmandu Declaration, released yesterday after a week-long conference in Nepal’s capital.

It says: “Financing local adaptation can only succeed if it is led by the most vulnerable and disadvantaged countries and communities, tailoring approaches to context – specific needs, and capitalising on communities’ values and strengths.”

Bangladeshi scientist Saleemul Huq, one of the authors of the declaration, told RTCC it is aimed at the board of the UN’s Green Climate Fund and other leading finance bodies involved with climate change.

“So far Nepal is the only country to explicitly allocate 80% to local level but several others such as Pakistan, Kenya and others are examining options,” he said.

The UN’s IPCC climate science panel recently warned that adaptation efforts in some countries will need to be substantially increased, given the levels of global warming already ‘locked’ into the world’s systems.

It found that climate impacts were already “widespread with real consequences” and would become severe if emissions continued at high levels.

“The sooner you start mitigating the easier it is to adapt. Clearly we could get closer and closer to tipping points and thresholds which would make adaptation totally impossible beyond that stage.”

The board of the GCF recently agreed to devote at least 50% of all funds towards adaptation, but there remain deep concerns over the future of the UN bank.

The board are set to meet this month to finalise plans for its opening, but there remain deep divisions between many of its members, and some developed countries have hinted they could reduce their initial donations to the body.