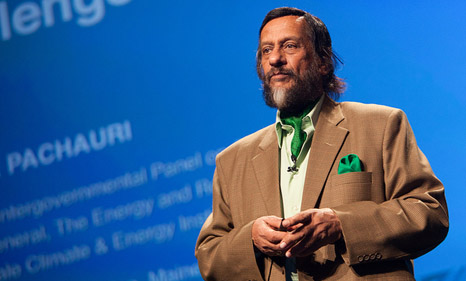 Higher seas and more floods and heat waves will overwhelm efforts to prepare for climate change without early cuts in emissions of greenhouse gases, the head of a UN panel of scientists told RTCC.

The Intergovernmental Panel on Climate Change (IPCC) found that climate impacts were already “widespread with real consequences” and would become severe if emissions continued at high levels, in a report published on Monday.

Some climate impacts could be managed, with steps such as selective crop breeding to withstand higher temperatures, and strengthened coastal defences to prepare for sea level rise and bigger storms.

Scope for such adaptations will diminish if warming continues, however, meaning it was a mistake to portray them as alternatives, said Rajendra Pachauri, head of the IPCC.

“Adaption alone is not going to solve to the problem and we need mitigation at the global level,” he said.

“The sooner you start mitigating the easier it is to adapt. Clearly we could get closer and closer to tipping points and thresholds which would make adaptation totally impossible beyond that stage.”

One example was the difficulty of safeguarding low-lying islands from large sea level rise as a result of an irreversible melting of ice sheets.

“You don’t want to experience going through those tipping points, you don’t even want to get close to them,” Pachauri said.

The world needed to consider the human consequences of climate change, especially for the world’s most vulnerable people, when deciding how urgently to cut emissions.

He said monetary estimates of the damage from climate change were not sufficient, making a comparison with the loss of life from a plane crash.

“If you look at a jet plane crashing with say 200 or 250 passengers on it, there is of course the monetary value on all that is lost, but the world wakes up when something like that happens simply because lives are lost, and I think policymakers have to look at both the human as well as economic dimensions of this challenge.”

“To confine considerations only to economic estimates would be very limiting. We have to train our decision making, to focus on some of these human and social aspects of the impacts of climate change. Otherwise I am afraid we could have very serious consequences which are already in some sense appearing as reality.”

The IPCC’s report on climate impacts on Monday was the second in a three-part series documenting the problem of climate change.

The panel publishes its findings once every six or seven years. The latest report on impacts went beyond previous assessments, Pachauri said.

And it had a higher confidence in impacts on agriculture.

“Clearly the overwhelming majority towards the end of the century is for a very substantial reduction in yields,” said Pachauri, referring to more than 1,000 studies of projections for changes in crop yields across the globe.

Pachauri was unaware of whether he would be invited to present the IPCC findings to a United Nations General Assembly conference of world leaders on climate change in September.

The U.N.’s Secretary General Ban Ki-moon has convened the climate summit in advance of a conference next year in Paris, where world governments are due to agree targets to curb emissions from 2020.

“I would hope that the major findings of the three working group reports will in some form be presented to the leaders that are gathered. They must realise the scientific urgency of taking action. It’s only when they are sensitised to this reality that they would go and instruct their officials to do something in the negotiations.”

“I am not too sure about the format and structure of that meeting. But if asked, I would be very happy to do that.”