A Mars a day could keep climate change away 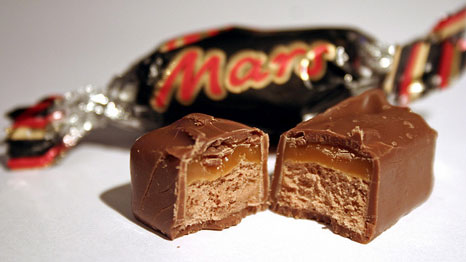 Mars has announced that its US operations will become carbon neutral, running off the wind energy produced by a 200MW wind farm in Texas.

The chocolate giant has agreed to purchase all the renewable energy generated by the Mesquite Creek wind farm. The 800,000 megawatt-hours it produces every year will be enough to offset 100% of Mars’ US operations, including its 37 factories.

The company, which also sells pet food and other products, is currently ranked by Forbes as America’s fifth largest private company. As part of its pledge to go “Sustainable in a Generation”, the company has promised to eliminate its greenhouse gas emissions by 2040.

In the short term, Mars has said they will reduce their carbon emissions 25% on 2007 levels by 2015. The wind farm project puts them on track for this goal, representing 24% of Mars’ total global factory and office carbon footprint – the equivalent required to power 61,000 US households.

“We are committed to doing our part to limit climate change,” said Barry Parkin, chief sustainability officer at Mars.

“We are therefore delighted to be announcing this major renewable project that takes us a big step towards our goal of becoming carbon neutral in our operations. This is an innovative approach that makes great business and environmental sense.”

The project is a joint partnership with Sumitomo Corporation of Americas and BNB Renewable Energy, who developed the wind farm.

The Mesquite Creek project began in 2008, with 118 wind turbines constructed on the 25,000 acre site. Commercial operations are scheduled to begin in the second quarter of next year.

Businesses are increasingly making the case for strong action to tackle climate change, and are now a key part of the discussion, with UN Secretary General inviting them to attend a UN Climate Summit alongside politicians in September.

In a speech earlier this month, Unilever CEO Paul Polman said: “We recognise for the first time that, purely in monetary terms, the cost of inaction is starting to become bigger than the cost of action. This is a wonderful position to be in for businesses because that obviously galvanises business.”

Mars is the latest US company to announce ambitious initiatives to tackle climate change, with Apple and Google both taking on new low carbon commitments last week.