Climate action is ‘only way’ to grow economy – Unilever CEO

Businesses are starting to understand climate risks, says Paul Polman, but governments are failing to respond 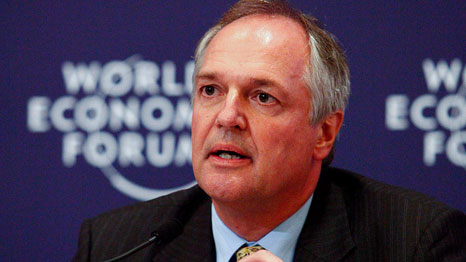 Tackling climate change is the only way to grow the economy in the 21st century, according to Unilever CEO Paul Polman.

Unilever, which turned over €50 billion in 2013, would itself find its profits under pressure without determined efforts to tackle climate change by both fellow businessmen and governments, said Polman in a speech in London yesterday.

“Not only is tackling climate change compatible with economic growth in my opinion, it is the only way that we are getting economic growth from the 21st century onwards,” he said.

“The good news is more and more businesses are starting to work this out. We’re trying to reach a tipping point for a new economy.”

The effects on businesses are vast, with extreme weather events causing extreme losses to profits, said the Unilever boss.

Natural disasters currently cost Unilever €300 million a year, Polman said, citing instances of cancelled shipping routes due to intense weather in the Philippines, extreme cold causing factories to close in the US, and UK flooding throwing distribution patterns into disarray.

“When I say that we can’t afford to not act, I literally mean that,” he said, but he added that it presented an opportunity for the corporate world.

“We recognise for the first time that, purely in monetary terms, the cost of inaction is starting to become bigger than the cost of action. This is a wonderful position to be in for businesses because that obviously galvanises business.”

But he attacked politicians for moving too slowly on providing the right policy frameworks. This absence means, despite positive signals from both the market and individuals, businesses “can only get so far”, he said.

“We cannot solve all these issues. We do need these frameworks and these policy signals. Uncertainty to invest at scale is one of the big reasons why we don’t see these investments coming in at the speed that we need them.”

A ‘Trillion Tonne Communique’, issued today by 70 companies, indicates the level at which business is ready to back efforts to stop climate change.

The statement, signed by Unilever, EDF Energy, Shell, Mars and Adidas among others, calls on governments to ensure that cumulative emissions do not exceed a trillion tonnes, which they warn would have a severe environmental impact.

By the end of the century, emissions should be down to ‘net zero’, they say.

The UN’s science report issued a similar warning in September last year, saying that the world needs to limit its emissions to a trillion tonnes if it is to have a 66% chance of staying below 2C of warming – the level deemed manageable by governments.

Their next report, due out next week, will lay out options on how these kinds of changes can be made, economically and technologically.