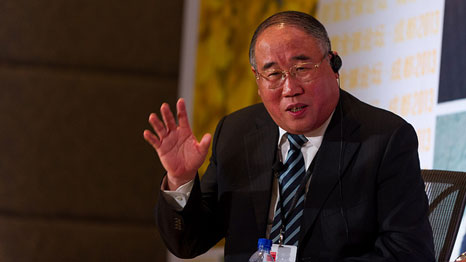 US-China climate change negotiations have been hailed as some of the “most promising” in two decades, according to a report in the Financial Times.

The superpowers are currently engaged in high-level discussions over what levels of greenhouse gas emission cuts they could accept under a proposed UN climate deal.

Set to be signed off in Paris next year, any global agreement will require both countries, responsible for over 40% of carbon pollution, to offer ambitious emission slashing pledges.

In an interview with the FT, China’s lead negotiator Xie Zhenhua said talks were moving forward, reducing the chances Paris could mirror the fortunes of the last time countries tried to seal a global deal in 2009.

“We should be confident that the Paris meeting will not be another Copenhagen,” he said.

“China does not pretend to be poor, we are poor in real terms,” he said, citing the theme of ‘common but differentiated responsibility’ that underpins the UN talks.

CBDR refers to the decision taken in the early 1990s to split developed and developing countries into two groups, placing the onus on action on richer countries.

Since then the fortunes of members of both groups has radically changed, with many classed as ‘poor’ now enjoying greater per capita GDPs.

A recent Chinese submission to the UN suggested the country’s position on this had hardened, calling for rich nations to accept new 2020 emission reduction targets of 40% on 1990 levels by the end of next month.

But it appears this may have been another attempt to ‘play’ the colourful UN negotiations process, aimed at eliciting compromises from opposing parties.

Speaking to the FT in a rare interview, US climate envoy Todd Stern said US and China discussions were going well, suggesting that “the [CBDR] issue is how you interpret it”.

“What we don’t believe is that countries should be differentiated according to two immutable categories that were established in 1992 and never change, no matter how great the change in a country’s real and material circumstances,” he said.

“This continues to be a large issue in the negotiations, but there is clearly a way forward if countries are willing to approach the issue in a spirit of pragmatism and good will.”