Efficiency measures pay off as UK energy use falls 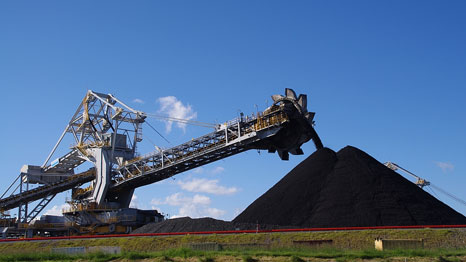 Britain’s falling energy consumption is now a continuing trend which contrasts with the United States, and shows how countries can boost competitiveness by investing in efficiency as well as curbing energy prices.

The European Union is much concerned about the fact that its energy prices are rising faster than almost any other region or country in the world, with an implied threat to the bloc’s competitiveness.

In particular, European energy-intensive industry points out that US gas prices are now a fraction of those in Europe, as a result of US shale gas extraction.

However, energy costs and competitiveness are a function of consumption as well as price.

The latest energy data show that energy consumption is going in different directions in the United States and Britain, rising in one and falling in the other.

That is good news for the EU, because the bloc, like Japan, has limited fossil fuel resources and so depends on efficiency to compete in energy-intensive sectors including metals, chemicals and cement.

Of course, any comparison with the United States should take account of the possibility that it is not only superior British efficiency which is curbing national energy consumption, but higher energy prices driving industry out of business, or offshore.

Britain published its 2013 energy data at the end of last month.

Both primary and final energy consumption are declining, on a weather-adjusted basis after taking into account fluctuations for example when a cold winter increases heating demand. 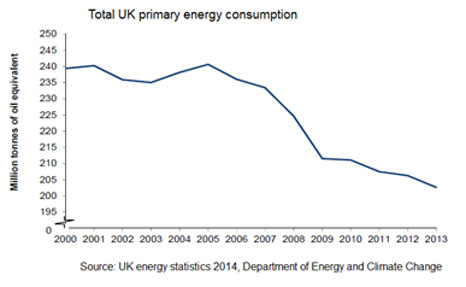 That is a remarkable feat, showing how consumption is falling even as the national economy grew immediately before and since the global financial crisis.

The British statistics showed that in 2013 demand for oil, gas and electricity all fell.

In the United States, by contrast, there has been a far less consistent trend since the global financial crisis.

Before the crisis, primary energy consumption rose steadily almost year on year, but since then the trend has been broadly flat, since the US economy started growing again. 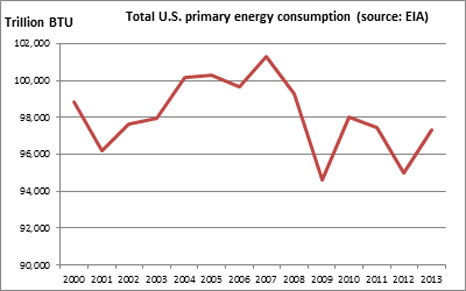 In the early release version of its 2014 Annual Energy Outlook (AEO2014), the US Energy Information Administration forecast that US energy consumption would rise steadily through 2040. 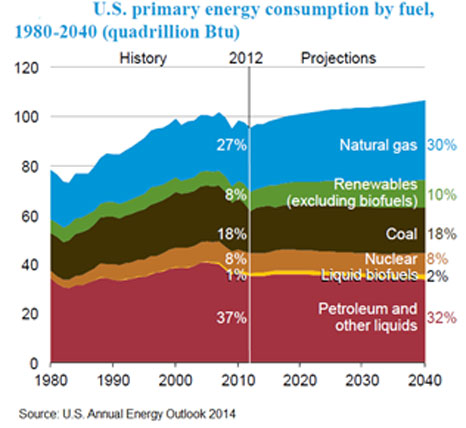 By contrast, Britain has forecast continuing falls in total energy demand through the early 2020s, reflecting the impact of energy saving policies, in its “Updated energy and emissions projections 2013”.

“The absence by assumption of new energy saving programmes is the key reason for the increase (after 2022).” 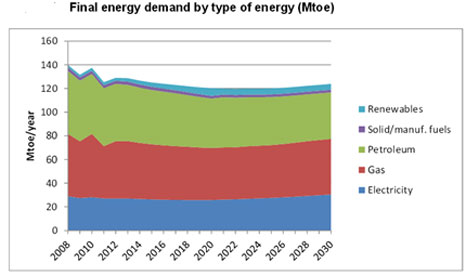 The implication is that British energy consumption will continue to fall after 2022, assuming new, equivalent energy saving policies are introduced.

Important among those policies will be the extension of the present Energy Efficiency Directive (EED), which sets energy consumption limits through 2020 across EU member states.

The European Commission is expected to announce further proposals to support efficiency through 2030, in its review of the EED, due in June.

Recent energy consumption trends in Britain and the United States suggest that a continued focus on energy savings can help maintain EU competitiveness, even as its energy prices rise.