Analysis: efficiency can be at the heart of EU energy policy 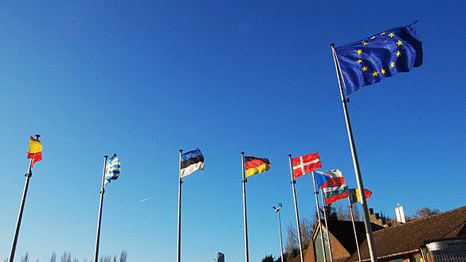 This week’s European Council meeting will discuss how to spur Europe’s flagging economy, boost jobs and growth, all while debating targets for energy and climate through 2030.

Energy efficiency is one of the few tools that can address all these, as well as the Ukraine crisis, by cutting costs and reducing fossil fuel demand.

Cutting energy costs is a no-brainer for an economic union with some of the world’s highest power and gas prices.

But there are signs that the EU is falling behind China in some sectors like cement, confounding European industry rhetoric that tough environmental regulations may force them to relocate to more polluting, emerging economies.

The EU has the opportunity to raise its ambition on efficiency, both at the March 20-21 European Council, and when the European Commission publishes its review of the recently revised Energy Efficiency Directive, in June.

EU leaders can back efficiency with simple steps like harmonising building codes across all EU member states, thus exploiting the single market, while the Commission can propose explicit efficiency targets and support, from 2020 to 2030, under its energy and climate framework.

Under the present directive, EU member states agreed energy consumption limits through 2020 but are expected to exceed these.

Energy efficiency can be viewed both at the macro level, say across an entire economy, and at the micro level, for example in home insulation.

At the macro level, the term energy intensity is more relevant, and refers to the amount of energy consumed per unit of output.

Navigating the data on energy intensity is treacherous, depending on the metrics used, for example energy consumed per dollar or per tonne of output, and from different sources, for example the EU and China.

At the very top level, however, it is clear the EU is less energy intensive than most of the world.

For example, comparing publicly available data for economic output (GDP, from the World Bank) and energy consumption (in oil equivalent, from BP), the EU consumes just 0.12 kilogrammes of oil per dollar of GDP, compared with 0.16 kg in the United States and 0.25 kg in China.

The reason why the EU has a lower energy intensity is more complicated, and includes a less energy-intensive, service economy, producing higher value added goods, as well as greater efficiency.

Given that the EU has higher energy prices than most of its economic rivals, it is imperative that the bloc maintains a lead in efficiency.

A recent report published by the research group, Climate Strategies, found India and China were now both more efficient producers of cement, with energy consumption on average 1-12% above the best available technology, compared with the EU at more than 20% above.

That finding is echoed by a European Commission study, “Energy prices and costs report”, published in January, which found that the efficiency of some European sectors was trailing the United States, China and Japan, while energy prices were rising faster.

“With scarce natural and energy resources and ambitious social and environmental goals, EU companies cannot compete on low price and low quality products,” the Commission concluded in its report, “For a European Industrial Renaissance”, published in January.

“They must turn to innovation, productivity, resource-efficiency and high value-added to compete in global markets.”

Energy efficiency is as relevant for security benefits.

The EU does not have access to the fossil fuel resources of China and the United States: in 2012, its oil and gas import bill was more than €400 billion, as reported in the World Energy Outlook (WEO) of the International Energy Agency.

The Ukraine crisis has shown the danger of pinning the EU’s future energy supply on Russia.

When making these confident, optimistic predictions regarding the benefits of efficiency, however, it is important to take into account a rebound effect.

That effect, also called the Jevons Paradox after the British nineteenth century economist, Stanley Jevons, refers to the problem where some of the savings from improved efficiency are simply spent on more energy consumption.

An example is where a car driver buys a more efficient vehicle, and uses the resulting savings simply to drive the car further, more often.

The big question is not whether the rebound effect exists, but its significance.

The Oxford University economist, Dieter Helm, this week dismissed the energy security benefit of improvements in energy efficiency, in a note on the European energy implications of the Crimea crisis.

In Helm’s view, curbing energy costs would simply increase demand – in other words, he assumed an almost perfect rebound effect.

“Energy efficiency is a good policy in its own right, but unfortunately is of limited consequence for security of supply,” he said.

However, reviews of the academic literature conclude that the rebound effect is far from a deal breaker.

One such recent review, published in the journal Nature in January 2013, concluded that the rebound effect was exaggerated.

“Rebound effects are small and are therefore no excuse for inaction,” the authors concluded, in a comment article, “The rebound effect is over-played”.

“Peo­ple may drive fuel-efficient cars more and they may buy other goods, but on balance more-efficient cars will save energy.  Energy-efficiency measures should be on the policy menu to curb energy use and to address global warming.”

That priority appears most urgent of all in the EU, given its rising dependence on imported oil and gas; the value it places on leading in the fight against climate change; and the imperative to maintain – or claw back – its competitive edge.