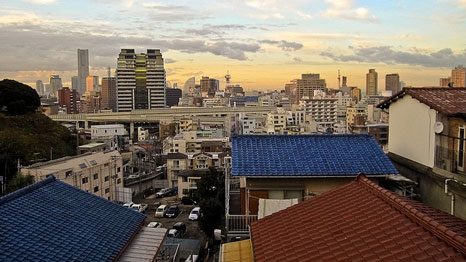 A UN climate science panel should issue shorter, less frequent reports to ease the burden on contributors, said a reviewer ahead of the latest report to be published on Sunday.

The Intergovernmental Panel on Climate Change (IPCC) publishes a major blockbuster review of climate science every six years or so, each delivered in three instalments analysing the physical evidence for manmade climate change, its potential impacts and the options for cutting carbon emissions.

Next week’s report is the third and final instalment of the latest review, and follows a report last week on climate impacts including droughts, floods and rising seas.

The three instalments are each written by hundreds of unpaid authors, whose work is further checked and commented on by several hundred expert reviewers.

That work has become a burden, given the ballooning size of the reports, said David Griggs, from Monash University, Melbourne, a former head of the IPCC team which supports authors, and a reviewer of the most recent report.

“I believe that the panel should streamline the process and ease the pressure on the many hundreds of scientists who write, review and produce the assessments,” said Griggs, writing a comment article which was released ahead of formal publication on Thursday in the journal Nature.

The IPCC is an intergovernmental body currently with 195 countries as members, established by the United Nations Environment Programme (UNEP) and the World Meteorological Organization (WMO) in 1988 to provide the world with a clear scientific view.

The IPCC’s latest climate assessment is its fifth, having published its first in 1990.

Griggs compared the sizes of the first instalments of each review, called working group 1 (WG1). The first WG 1 report published in 1990 was 410 pages long, the third was 881 pages and the fifth and latest was 1,535 pages.

“There is more research to assess, but new science builds on old, so it is not necessary to go back to the beginning to build a comprehensive account. Limiting reports to 1,000 pages or fewer would save time, reduce workloads and make the reports more readable and focused.”

“The IPCC has produced its comprehensive reports every six years or so. From a scientific perspective, you could get the same benefit at lower cost and effort by updating them every ten years. Emerging and fast-moving areas of science could be covered in the interim using short, targeted reports.”

And he proposed some reimbursement of the universities which employ the IPCC authors, to allow these writers to reduce their other workload.

The head of the IPCC, Rajendra Pachauri, was sympathetic to the idea of reducing author workload, in an interview with RTCC last week.

“It’s to be borne in mind that the scientists who work on these assessments are doing so without any compensation. They all have day jobs,” Pachauri said.

“Maybe we could make them shorter; that certainly is possible.”