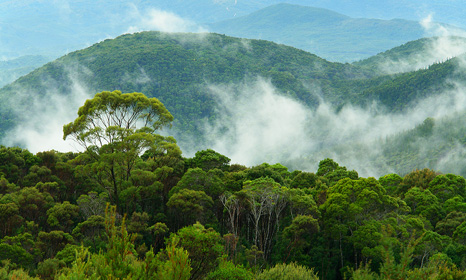 A UN-led initiative to slow deforestation – including a possible carbon offset market that would pay people not to cut down trees – will fail unless indigenous peoples are given ownership of credits generated from their lands, a new report said today.

The report, by a coalition of US green and human rights groups, said host countries had yet to clarify who is the rightful owner of lands that would be protected under a future worldwide forest market,  part of a UN initiative also known as Reducing Emissions from Deforestation and Degradation (REDD+).

“Countries have not made sufficient progress in clarifying tenure rights. This presents a risk for communities, governments, investors, to the forests – and therefore is a risk to the global viability of REDD+ – as a goal or as a carbon market,” said the Rights and Resources Intitiative, which co-ordinated the report.

REDD+ is intended to prevent the cutting down or burning of trees through investment from rich countries to pay poor ones a fee to protect forest from loggers or farmers clearing land for pasture.

The destruction of the world’s forests is estimated to account for around 10% of global greenhouse gas emissions through the CO2 released when trees are chopped down and burnt, while intact they act a sink or store of carbon.

Report: will REDD+ be the saviour of the world’s rainforests?

Climate talks in Warsaw last year agreed funding for countries that want to prepare for a future forestry carbon market or fund, but failed to adequately address the question of land rights, the report said.

It added that host country governments could take control of land rights in the absence of clear laws and recognition of who owns the forest, the report added.

Of 23 host countries surveyed by the report, only Mexico and Guatemala had begun to define who had rightful ownership to areas that could earn forestry carbon credits, the report found.

“The complex financial mechanisms needed to implement REDD+ programs tend to create opaque conditions, promote the lack of transparency, and impose high participation and transaction costs on those who can least afford them,” the report added.

However the report said carbon markets could work efficiently and protect land rights citing the example where community rights had been recognised in the exploitation of natural resources.

Environmental groups say unscrupulous companies have failed to consult properly with local people about deals to sell their carbon rights, while the high level of corruption in many host countries has made many investors wary.

Above all, the lack of progress of UN climate talks hasn’t yet mapped out whether a forest carbon market should be used to help rich countries meet greenhouse gas reduction targets.

So far, most of the money for REDD has been pledged through carbon funds, most notably $1-billion of finance promised by Norway.