EU touts use of boycott, but ditching Russian gas and replacing it with renewables is fraught with difficulties 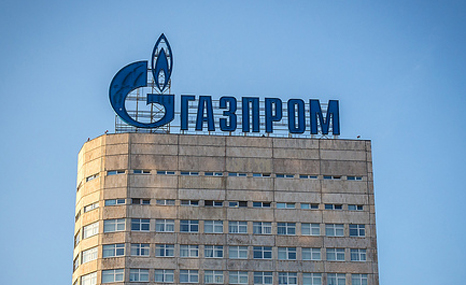 Weaning Europe off Russian gas has risen to the top of the agenda of this week’s EU leaders summit, raising hopes that domestic renewable energy will help fill the void,  but analysts warn shifting to other energy sources won’t be easy.

President Putin’s move to annex Crimea from Ukraine has prompted threats of EU trade sanctions and made European leaders more determined to switch from Russia’s Gazprom, which supplies 30% of Europe’s gas needs.

But EU countries could be riven by familiar fault lines on what energy choices to pursue, with eastern member states such as Poland likely to promote imports of gas from the US rather than fast-tracking renewables, while countries including Germany, France and Denmark favour renewables and more interconnectors between member states.

“If the EU was to pursue this policy we could see a bit less Russian gas and more LNG imports from 2016, as global supply increases from Australia and the US especially. But such a move is unlikely to be a major booster for renewables if current EU 2030 targets aren’t tightened up,” said Trevor Sikorski, an analyst with UK-based Energy Aspects.

Moreover, Russia can easily undercut the cost of LNG, while a decision to boycott Russian gas could have negative consequences for Europe, such as driving up its own energy costs, lead to tit-tat sanctions and destabilise Russia, a scenario that the EU has tried to avoid since the collapse of the Soviet Union.

And the volume of gas that could be imported as LNG would be much less than Russia supplies already through pipelines, while building new infrastructure to receive seaborne supplies from the US would be costly.

Europe could also turn to its reserves of shale gas, but even if there are abundant resources, large scale exploitation could take 10-15 years, consultants Poyry said in a recent report.

The question also rises, say analysts, on whether the threat of EU sanctions is a big bluff, given that even at the height of the Cold War Russia was a major supplier of gas and oil to western Europe.

However observers say the escalating Crimea crisis will complicate discussions on EU targets because countries such as Poland will argue that uncertainty over future energy supply backs up its long-held assertion that these types of decisions should wait until next year.

“There are those who say Crimea should be rallying cry for American energy policy, the same goes for the EU. The January package (of proposals) doesn’t factor gas imports in,” Poland’s climate envoy Marcin Korolec said in a recent tweet.

The added complication of the Crimea crisis could thwart hopes of an early agreement to cut greenhouse gases 40% by 2030, meaning discussions will drag on into early next year, by when the EU is obliged to submit a post-2020 greenhouse gas reduction target to UN climate talks.

The extent of an EU cut is expected to have a major influence on the talks as poorer countries want to see big reductions in the volume of greenhouse gases that developed countries emit.

An EU draft circulated ahead of the Brussels summit, to be held on Mar 20-21, says talks should review progress on the main priorities of EU energy policy – such as security, affordability and flexibility in the energy mix – by June, with a view to taking a decision by the end of 2014.

Poland has long held the position that it should be able to burn coal as other sources of energy – such as renewables and imported gas – are often much more expensive in an era of weak carbon prices.

Last week, Poland, along with the Czech Republic, Hungary and Slovakia, urged the US to speed up large scale exports of supercooled shale gas to loosen Russia’s grip on its energy supplies.

And even if these countries were to moderate their hostility to binding renewables targets and generate more of their own energy from wind and solar, these sources wouldn’t be able to replace the role of gas to generate heat during the winter, Energy Aspects’ Sikorski points out.

Another proposed solution to Europe’s energy security concerns – a fast roll-out of a pan-European ‘supergrid’ to help shift electricity from renewables to countries far away from each other – will require hundreds of billions of euros in investment.

Utilities are labouring under much lower profits, and governments under increasing pressure to keep the cost of bills down, will have to foot some of this huge bill.