Fracking in UK could fail because of bureaucracy: report 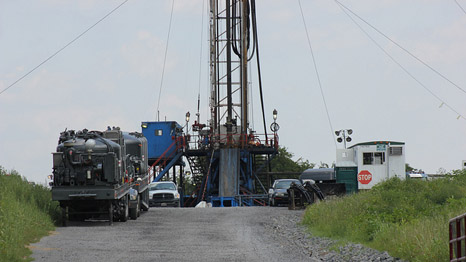 Fracking is unlikely to yield a major source of gas in the UK unless the government simplifies planning rules, a report said yesterday, but such changes could stoke further opposition to exploiting the country’s shale gas reserves.

The UK’s government hopes deposits of shale gas will help the country reduce its reliance on expensive imports of fuel, phase out coal-fired power, create tens of thousands of jobs and enable local councils to take a share of the profits estimated at 39 billion pounds by 2035.

But energy companies could walk away unless the current approvals process is made simpler and quicker, as tight bottlenecks will emerge at the end of the decade and 100 new wells may need permitting every year by 2024, consultants Poyry said in the report.

“Unless streamlining takes place we are unlikely to achieve any scale of production of shale gas in the UK,” the report said.

Under the current process several agencies have to give their permission to projects, meaning it could be 8 years after the award of a licence before gas is likely to flow on a commercial scale.

Poyry added: “During this production phase, an integrated one-stop-shop permitting approach with a simultaneous move away from permitting on the individual well to the broader pad level could become inescapable if shale gas is to be produced at scale.”

The permitting process would be complicated further if opponents to fracking use the courts, meaning that major energy companies that already taken a stake in UK shale, such as Centrica and Total, may have to wait even longer to see a return on their investments and scale back their involvement.

If companies decide not to produce gas from shale, then potential tax revenues could suffer, the report said.

The UK managed to avoid a whole new layer of EU regulations on fracking after intense lobbying of the European Commission in the run-up to the publication last month of proposed energy and climate policies for the 28-nation bloc.

Poyry said the current UK regulatory framework for shale gas exploration is “thorough and robust”, but opponents of fracking fear the the government is trying to bribe local councils to give permits by asking producers to share the benefits of shale gas revenues.

Drilling for shale gas has prompted protests in southern England which last year forced energy company Cuadrilla to suspend drilling at one of its sites, while demonstrators are currently trying to thwart plans by IGas to frack in Greater Manchester.

Those who oppose extracting gas from deposits far beneath the surface say the process could despoil the English countryside, poison water supplies, pollute air and soil and lock in the use of gas in electricity generation at a time that the UK needs to meet carbon reduction targets.

The industry says there is little evidence of environmental damage caused by fracking and that expertise and regulation will mean the process will have only a small impact and at the same time bring big economic benefits.