Tokyo to reach CO2 targets without its carbon trading scheme 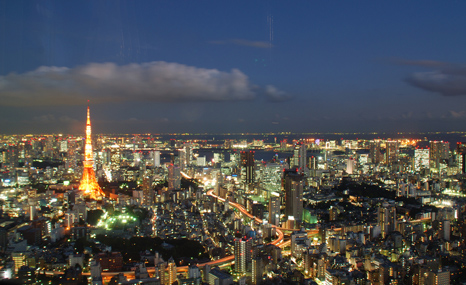 Tokyo will meet carbon reduction targets without the need to use carbon credits in its emissions trading scheme, mainly as a result of increased energy efficiency after the 2011 Fukushima nuclear disaster threatened a crunch in power supply.

Japan’s capital, one of the world’s largest cities, became the first urban area in Asia to impose emissions caps and carbon trading at the start of the decade, blazing a trail for other cities that are using the market to control climate-changing gases.

But big cuts in emissions through energy efficiency – spurred by a 2011 catastrophic Tsunami and subsequent meltdown of a nuclear reactor – is a timely reminder of how random events and changing government priorities can blunt the effectiveness of emissions trading schemes.

“Setting an ambitious cap for emissions schemes is crucial. Carbon markets should really take the lead in reducing emissions at least cost, but also work in parallel with other policies rather than compete with them” said Sarah Deblock, European Policy Director with the International Emissions Trading Association.

By 2015 EU member states are likely to agree how energy efficiency measures, potentially binding renewables targets and a 40% reduction in emissions by 2030 will work alongside its emissions trading scheme, the world’s largest.

Before it formulates how to speed up power saving measures in the 28-nation bloc, the European Commission next month will outline in greater deal the lessons learnt from the EU’s current policies, which failed to meet a targeted 20% improvement in energy efficiency.

The EU’s executive is well aware of the potential for unexpected events to wreck its emissions trading scheme, as targets for the current phase were set before a deep economic downturn at the end of the previous decade prompted plunging demand for energy.

Although surplus of permits is viewed as the main reason for a collapse in carbon prices in Europe, advances in energy efficiency also curbed the appetite for power, analysts say.

Other emissions trading systems will have to calibrate multi-pronged efforts at cutting emissions alongside trading and see if caps on emissions have been set at a level that provides an economic incentive to cut emissions.

China’s pilot emissions trading schemes, which are a testing ground for a possible national carbon market, will also have work alongside other policy tools aimed at reducing the country’s reliance on coal and curbing worsening pollution.

Energy efficiency is a major priority in China, which aims to cut energy intensity by around 4% a year through rolling out smart meters and tightening standards in new buildings.

For most of China’s schemes, details on the cap are unclear and most permits are handed out for free, fuelling expectations of surplus.

In Tokyo, the main priority to conserve energy through measures such as LED lighting, low-carbon buildings and smart meters, helped  achieve a 22 percent reduction in emissions compared with the year 2000, the base year.

That means a target to cut 25% by 2014 will likely be met without the need to buy emissions permits at all, which will be banked into a future, and likely, tougher trading phase.

The Japanese capital’s annual emissions are around 60 million tonnes of CO2 equivalent, around the same amount emitted by Denmark, but the government has balked at introducing a nationwide carbon trading scheme following the huge convulsions in the country’s energy industry after Fukushima.

A closure of the country’s nuclear power plants for safety checks meant Japan had to burn more gas and coal, almost all of it imported, worsening its balance of payments deficit.