State of emergency called in Riau region of Indonesia, as data shows 52% of fires originated in palm oil and logging land 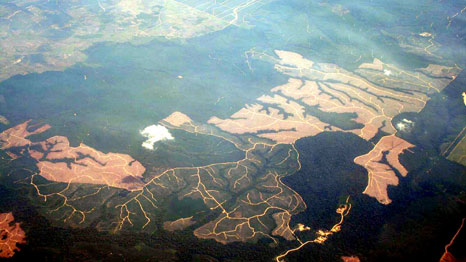 Fires in Indonesia are destroying large areas of forest on land owned by lumber and palm oil companies, casting further attention on western companies that buy commodities from the affected regions.

The fires, which have been burning since late February, have emitted a blanket of smog, which has triggered respiratory problems in more than 30,000 people, according to local reports.

Sutopo Purwo Nugroho, a spokesperson at Indonesia’s National Disaster Management Agency, said that causes of pneumonia, asthma, and eye and skin irritation had also increased, with air quality reaching dangerous levels in the northern regions of the country.

The region, which forms the nucleus of Indonesia’s enormous palm oil industry, has sought help from the central government, saying they lack the resources to deal with the haze, which is affecting at least seven of the 12 districts in the region.

Apart from the air pollution that these fires cause, they also damage the climate by destroying large areas of diverse forest, releasing the carbon stored inside into the atmosphere, contributing to global warming.

Indonesia is the world’s largest supplier of palm oil. Plantations cover about 8 million hectares of land and form a key part of the country’s economy.

Much of the demand for palm oil comes from large international corporations, who use the produce to make anything from fast food to shampoo.

But weak law enforcement  and alleged corruption has made the industry very difficult to regulate, resulting in few prosecutions.

Police in Riau say they have detained almost thirty people suspected of starting the latest fires, although none of them have been connected to plantation companies.

Research from the World Resources Institute shows 52% of the fires are in lands owned by logging, palm oil and pulpwood plantations, suggesting that some companies are still using illegal ‘slash and burn’ farming as a cheap method to clear the land.

“It is a problem that Indonesia has not managed to overcome because of lack of control over the action of palm oil companies. There is a governance issue, and it is an ecological risk in itself,” said Mochamad Indrawan, an advisor with the Climate and Development Knowledge Network.

Indonesia and neighbouring countries of Malaysia and Singapore faced a similar crisis in June last year.

The recent huge fires have prompted the government to promise tougher action.

After a 12-year delay, the Indonesian Parliament agreed to ratify a cross-boundary treaty between south east Asian nations (ASEAN) to combat the haze, which suffers as a whole from air pollution regardless of where the fires are burning.

In Indonesia, approximately three quarters of certified palm oil is exported, either as cooking oil or in unprocessed form, according to figures from the World Bank.

A “score card” of 30 of the world’s major companies released today by the Union of Concerned Scientists (UCS) shows that many corporations have not committed to buying sustainable palm oil that doesn’t cause deforestation, with fast food companies scoring particularly badly.

Burger King, Domino’s and Starbucks have no commitments in place to buying environmentally sustainable palm oil, while Nestle, Unilever and L’Oreal were viewed to have some of the best ethical policies in place.

“Many of the companies scored are iconic to American culture…But what most Americans don’t know is that these products contain palm oil,” said Calen May-Tobin, lead analyst for UCS’s Tropical Forest and Climate Initiative.

“These corporations should live up to their ‘wholesome’ branding by demanding sustainable palm oil. To do so would save tropical forests, rich with biodiversity, and help limit the severity of climate change.”