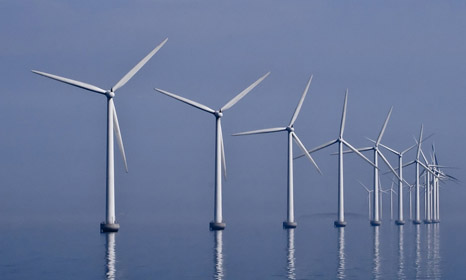 Petersen said there is “substantial support” from EU member states to agree an overall greenhouse gas reduction target of “at least” 40%, as outlined in a White Paper launched in January.

He ruled out any talk of a 50% GHG reduction target for now, saying it was unrealistic, but adding it could be subject for future negotiations.

Petersen does expect a tougher battle over an EU-wide renewable energy target, which faces opposition from UK and Poland, among others.

“We are not impressed by the ambition in the Commission proposal for a renewables target which goes for 27%. We are going to push for a 30% binding EU target on renewables,” he said.

“As for energy efficiency that’s by far the smartest way to reach our objectives, so we want that, but we are not going to get it now.

“We hope to get some wording and some handles in the summit declarations, but it’s not going to be part of the package at this meeting in March.”

Petersen said he would also argue for greater focus on an EU-wide grid, which has strong support from Portugal and Spain, which he said would cut electricity prices across the region.

This week’s talks are aimed at firming up proposals ahead of the main meeting of leaders in three week’s time. An ambitious EU set of measures is seen as essential for UN climate summits scheduled for later this year to run smoothly.

Negotiations on the EU’s 2030 energy and climate proposals have been marred by fierce in-fighting between Commissioners and member states.

Binding renewable targets are deeply unpopular with the UK, Poland and Spain, together with some Eastern states, who argue it interferes with their ability to set an independent strategy to decarbonise with a mixture of nuclear, shale gas and carbon capture programmes.

Together with Denmark, Germany, Ireland, France and Italy were seen as strong supporters of clean energy goals.

Denmark has one of the EU’s cleanest energy systems, and is committed to running on 100% renewable energy in the power and transport sectors by 2050.

Two weeks ago it became the latest country to inscribe its climate targets into law, backing a 40% carbon reduction target by 2020 on 1990 levels, and opening an independent low carbon advisory body.

The country has a large wind turbine industry dominated by Vestas, Siemens and Dong Energy. In December 2013 wind provided over 50% of the country’s electricity.

Petersen assumed the energy and climate portfolio at the start of February, replacing Martin Lidegaard, who is now Danish Foreign Minister.