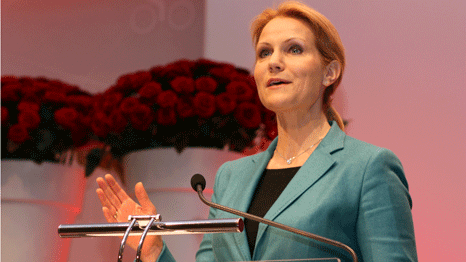 Denmark is set to become the latest country to have its climate targets inscribed into law, after cross-party agreement was reached in Parliament.

It means the country’s 40% carbon reduction target by 2020 on 1990 levels will become legally binding, and an independent body will be created to monitor climate policy.

“The broad agreement on the 40% reduction of greenhouse gasses, to ensure meeting the ambitious targets that the government has set, will continue, even after an election,” Denmark’s new climate minister Rasmus Helveg Petersen said.

“The Conservatives have announced their commitment to an agreement among the parties who take responsibility for the climate.”

The bill is backed by the Social Democrats, the lead member of the ruling coalition, together with the Conservative People’s Party, Socialist People’s Party and the Red-Green Alliance.

When passed, the law will oblige Danish governments to set national greenhouse gas targets every five years with a ten year perspective.

Mattias Soderberg, a senior climate advisor at DanChurchAid, Denmark said the law would be important in ensuring long term green growth in the country.

“The best part of it is that this is not just a law to make the 40% by 2020 target stronger,” he told RTCC. “This is a law to make Denmark low carbon society by 2050. With this law Denmark is starting to outline how this process will be done.”

The present and former governments have already set targets that the Danish energy supply should be 100% based on renewable energy by 2050.

According to the Danish Energy Agency, electricity production based on renewable energy accounted for 43.1% of domestic electricity supply in 2012, of which wind power contributed 29.8%. Framed another way, renewables accounted for 25.8% of energy consumption in 2012, against 23.1% in 2011.

The proposed Climate Council, modelled on the UK’s Committee on Climate Change (CCC), will advise the government on the most cost effective ways of reducing the country’s reliance on fossil fuels.

RTCC understands David Kennedy, Chief Executive of the UK’s CCC, will meet Danish government officials next month to help them understand how the UK model operates.

A CCC spokesperson told RTCC: “The Committee on Climate Change has been sharing its experience with the Danish government on the benefits of putting carbon targets in law and having an independent advisory body.”

Denmark is well known as one of Europe’s ‘climate hawks’. New Foreign Minister Martin Lidegaard says he will push for more ambitious EU 2030 climate targets when national leaders meet in Brussels next month.

The European Council has endorsed that the EU should aim at reducing emissions of greenhouse gas emissions with 80 – 95% in 2050 as part of reducing global emissions by half in 2050.